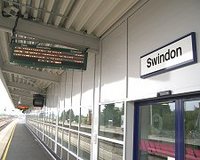 Motorola is testing 4G, also known as LTE – the Long-Term Evolution of 3G, at its lab in Swindon. The trials are using 2.6GHz spectrum, just above the range used by Wi-Fi and Bluetooth (2.4GHz).

4G is competing with WiMax to replace 3G as the communications standard for the next generation of mobile phones. Vodafone’s also testing a 4G service, but it’s unlikely that consumers will start seeing this technology for at least a few years.