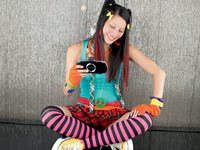 Today we have yet more leaks from Sony’s gaming division to help inform your purchasing decisions – this time regarding the long awaited and much-needed proper sequel to the little portable PlayStation.

Sony’s tweaked its PSP numerous times before, adding the Slim & Lite model to the range last year, then tinkering with the screen a bit in this year’s 3000 model update.

Now, Eurogamer is telling the world that a further revised PSP – the model 4000 – will hit in late 2009, followed by a proper, all-new PSP2 at some random later time. That’s about it for facts, with Eurogamer’s source simply offering the wafer-thin confirmation that, as you might expect, key developers are already working on games for this new PSP.

Hopefully that PSP version of Gran Turismo – promised ever since 2004 – might actually appear.