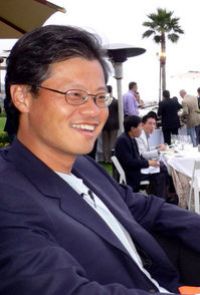 Following intense pressure from shareholders, the board, and every technology blogger in the world, Yahoo CEO Jerry Yang has decided to step down from his post at the top of the ailing internet giant. It’s a shame, as the moves that he’s been pushing over the last couple of years show a lot of a promise in terms of getting the company back on its feet.

Unfortunately, however, once Google withdrew its advertising deal in fear of regulatory hell, Yahoo! was left high and dry, pleading with Microsoft to buy it at a price way below the price point that Microsoft were offering and Yahoo! rejected earlier in the year. Most people pinned the blame for that failure to secure financial security for the company on Yang.

In a farewell email to staff, Yang, in his trademark caps-lack, said:

“i will be participating in the search for my successor, and i will continue as ceo until the board selects a new ceo. once a successor is named, i will return to my previous role as chief yahoo and continue to serve as a director on the board.”

He’ll still be heavily involved with the company and its corporate culture, but no longer will he have the weight of expectation on his shoulders. At the end of the day, that’s probably best for all concerned – Yang can continue his approach of just being nice to people, and Yahoo! can appoint someone a little more hard-nosed to steer the company through troublesome waters.

In the meantime, I’m still excited about what the big purple Y! has planned for 2009, and hope that it can successfully transition from Web 1.0 portal to a proper Web 2.0 social media platform.