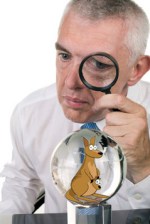 Project Kangaroo, the joint online TV initiative from the BBC, ITV and Channel 4, has been a long time in the making, but at last it seems as if a launch date — for alpha testing at least — is in sight.

Despite ongoing reservations from the Competition Commission that this hopping beast is going to be just too big and stifle competition (you know, a bit like Sky does — err… allegedly), a December launch is planned.

It’s another interesting collaboration between the big guns of terrestrial TV who have all realised that the real threat to their future success is not each other, but the legal and illegal online wannabes – iTunes, Joost, YouTube, torrent services, and the like.

Individually, of course, all the broadcasters have their own online live and catchup services — iPlayer, Demand Five, 4oD, ITV.com — but collaborating means they can offer another way for viewers to consume their content.

Times are definitely changing. Those accusing the BBC of becoming more commercial (which, of course, it is) may be amused to see that ITV is looking at ways of selling advertising on Kangaroo around the BBC’s content. Of course that will give the BBC a lot of extra cash, and could well spark new debate on the relevance of the TV licence fee.

A notable omission from Kangaroo is Channel Five, but then the broadcaster also arrived late to the Freesat party. I’m not sure why Five isn’t involved, but I can’t see it staying away forever.

If Kangaroo gets the go ahead from the Commission, it could be ready to launch in the Spring of 2009.

(Via IT Pro Portal and Brand Republic)