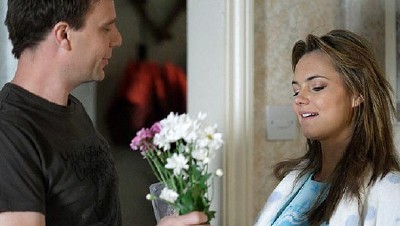 Online TV is going to be a battleground in the next couple of years, with the established broadcasters figuring out whether they should go it alone with their own streaming and on-demand services, or join up with Web 2.0 startups like Joost and Babelgum.

It seems the UK broadcasters are inching towards the former option, after yesterday’s Guardian revealed details of ‘Project Kangaroo’, a proposed video downloads service offering shows like Eastenders, Coronation Street and Hollyoaks, which would be open to other broadcasters and content providers too.

Okay, it’s not a direct rival to Joost and Babelgum, because it’s about on-demand downloads rather than streaming TV. Instead, it’s more of a rival to Apple’s iTunes Store, which in the US is already selling TV shows and movie downloads, with plans to do the same here in Europe.

The Guardian described Project Kangaroo’s aims as to “do for broadband what Freeview did for digital television”, initially allowing people to download shows to their PCs, but ultimately delivering them to TVs via broadband-enabled Freeview set-top boxes.

It could be marvellous. It could not happen at all. Or it could get so bogged down in the negotiations, that the result is weak and/or muddled. But the fact that the broadcasters are at least working together on the scheme bodes well, even if at the same time they’re all rolling out their own online catch-up services, which could sit alongside Project Kangaroo.