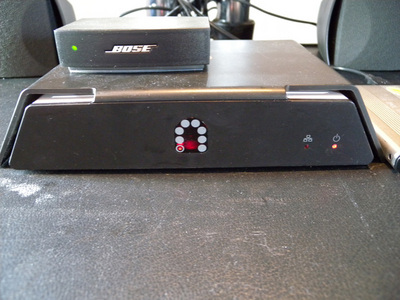 Years we’ve waited, empires have come and gone but finally, finally, SlingMedia has announced the details of the SlingCatcher and, just in case you don’t read big print, you can buy one in October.

To refresh your memory, the SlngCatcher is the evil twin of the popular SlingBoxwhich allowed you to watch whatever was on your TV over the internet wherever you might be. The SlingCatcher does the opposite – well, nearly. It allows you to project whatever’s on your computer screen back onto your TV. Funny how things change isn’t it? 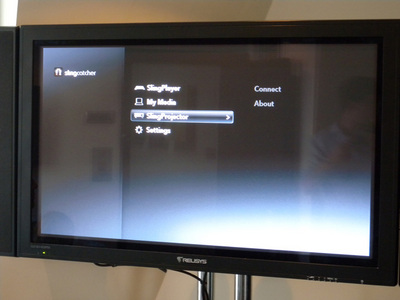 So, that’s the first use of the device, as a SlingProjector as they call it. The second use is as a SlingPlayer which is about catching, on one TV in your house, what has been slung out by another TV in your house. Does that make sense? Sorry, I explained that terribly. I’ll try again.

If you have a SlingBox attached to a TV in your house, slinging out programs all over the place, you can use a SlingCatcher attached to another TV to pick up the slingings. Ok, I’m just going to copy and paste what they’ve written:

“SlingPlayer for TV delivers one of the most requested Slingbox customer features: the ability to “sling” programming to another TV in the home or to a TV in a remote location without a PC by connecting to and streaming from the Slingbox on a LAN or WAN. In addition, when combined with the forthcoming Slingbox PRO-HD, SlingCatcher will give customers the ability to stream in HD from one TV to another.” 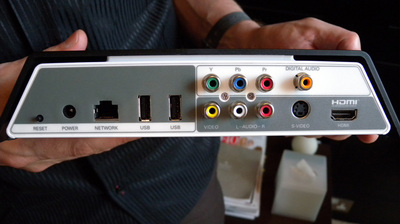 There we go. The third use is the SlingSync. You may have noticed that the back of the SlingCatcher has USB ports as well as the HDMI socket. Well, that’s so you can plug in a flash drive of some description and play whatever video files you like straight onto your TV. I believe it even encodes on the fly. Not the most exciting of the three features but probably the most useful in the long run. You’ll see what I mean in a minute. 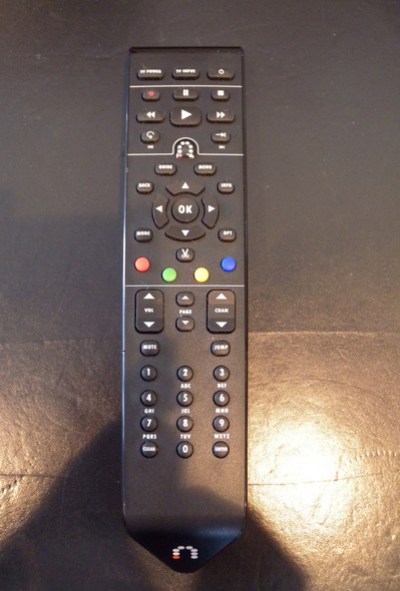 I went and had a look at the device with my own eyes the other day. The box itself is good – plenty of ports, nice and light, reasonable remote control and fairly non-invasive. The demo was slightly hampered by a problem with the wireless network but I’m sure that won’t be an issue for normal home use.

What did bother me was quality of what you get on your screen. The box itself does a decent job. It’ll even present sites like iPlayer without all the rubbish around the frame of video player itself. The problem is that when you blow iPlayer up that big, it looks a bit rubbish, poor in fact. So poor that I’d rather watch it on my laptop.

You can, of course, watch the projected iPlayer in the correct, smaller aspect but – and I don’t know about you – but my TV is set up at the kind of distance from my sofa that would make it a bit of a strain to see.

That’s really my only complaint about the SlingCatcher and that’s not really its fault. I guess the moral of the story is don’t watch iPlayer or anything of limited quality unless you want to be annoyed. Given that this kind of SlingProjection is probably the main point of Sling Media’s latest toy, it does rather make me go, “meh.” Shame that, because otherwise it’s a really good idea.

Naturally this isn’t a problem with slinging from TV to TV but for the sake of a few hundred quid, I think I can walk into another room to watch whatever it is I want to see and spend the difference on a really comfortable chair so that I don’t even mind when I get there.

Perhaps we’re looking at a device of next Tuesday. When the BBC or Kangaroo or whoever, start streaming in HD, then give me a call.