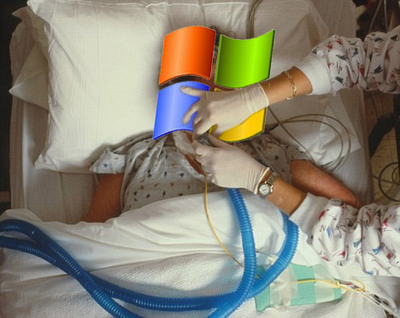 The operating system remains a popular product – it’s sat in the top 20 on Amazon’s bestsellers list for years now. Steve Ballmer, Microsoft CEO, isn’t exactly encouraging business users to switch to Vista either – telling them to do it when they upgrade hardware too.

I’m a big fan of Vista, and as Dan revealed recently, virus infection rates on Vista are very low. XP might be faster on slower machines, but if you’re getting a new computer, there’s absolutely no reason not to pick Vista. Initial teething problems are well and truly sorted.

From Microsoft’s perspective, if the demand’s still there, there’s no reason to stop selling the OS, but in the long term, it’s really putting the boot in to poor beleaguered Vista. Perhaps the upcoming Windows 7 might reverse Microsoft fans’ obsession with an OS that’s seven years old, but in the meantime, let’s give Vista a chance, yeah?