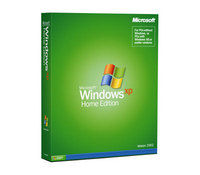 At the ongoing Computex tech show in Taipei, Microsoft has announced its decision to further extend the life of the Windows XP operating system for new low-cost desktop PCs. PC manufacturers will be allowed to keep selling XP – Home, not Professional – until 2010.

The surging demand for ULPCs and ‘nettops’ (ugh, I am officially an enemy of this new word and hereby vow to use scathing inverted commas whenever forced to type it) has effectively forced Microsoft into a corner. These low-powered, light-weight machines aren’t up to the rigours of running Vista so it has to either extend the XP offering or surrender all these new users to rival Linux-based operating systems.

Microsoft had already bowed to pressure once and extended the XP deadline (should that be lifeline?) for laptops like the Eee PC. Its latest announcement widens that to include low-cost desktops, like the Asus Eee Box on show at the expo.

For the laptop models, Microsoft has some pretty strict rules on what counts and what doesn’t. For the desktops, it still hasn’t clarified where it stands and whether manufactuers will have to adhere to certain configurations to be officially denoted as an ULPC.

Related posts: Acer loves Eee PCs | So does Dell | And Gigabyte | And MSI