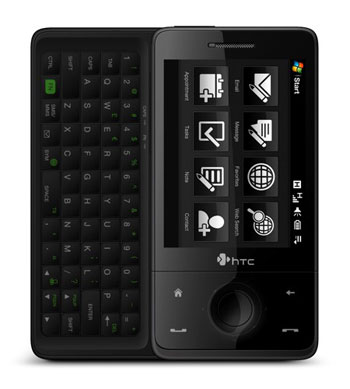 If the lack of a keyboard on the HTC Touch Diamond was an issue, you’ll be pleased to know that the newly-launched HTC Touch Pro is packing one.

It’s a QWERTY sliding keyboard, should you need to write a novel on the move. Other features include Wi-Fi, Bluetooth, a 2.8-inch VGA display, Windows Mobile 6.1 with HTC’s TouchFLO 3D interface, a 3.2MP camera, a half gig of ROM and 288MB of RAM.

It’s heading to Europe first, later in the summer, with the rest of the world to follow.

One thought on “HTC Touch Pro launches – with touchscreen and keyboard”