Ben Heck’s name has become pretty much the benchmark in console modding over the past couple of years. He’s done some amazing things with custom controller builds, but the console-laptop conversions grab the most attention and Heck’s latest unveiling, the PS3 laptop, proves that his internet fame is well earned. 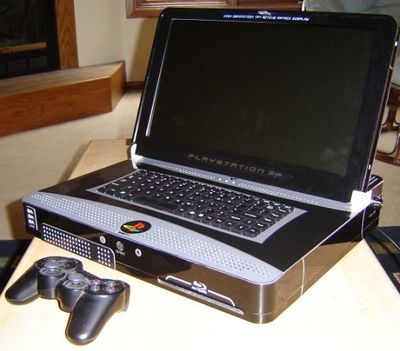 Given the sheer size of an ordinary PS3 console, squeezing it all into a box that big is pretty damn impressive even before you factor in the integrated 17″ LCD screen, the repositioning of the Blu-ray drive and the integrated USB keyboard. 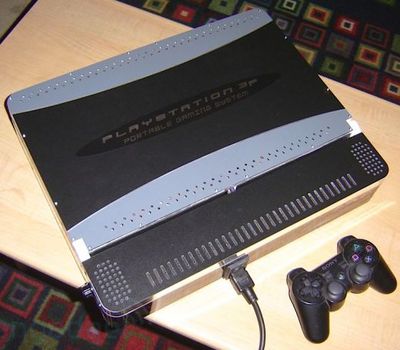 Of course there’s a catch – a PS3 was never built for portability and the PS3 laptop weighs around 16lb, or five MacBook Airs. I’d hate to think what the battery life is like too. But so what? You wouldn’t want to carry one around on your daily commute, but it would be a lot easier to ferry one of these around for some side-by-side coop Resistance than taking a PS3 and an LCD with you.

The PS3 laptop pictured is a full backwards compatible 60GB model built specifically for Engadget and is going to be auctioned for charity.