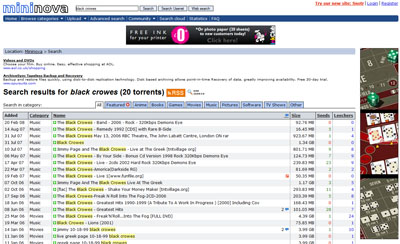 Bad news for the music industry: its efforts to stamp out file-sharing haven’t prevented BitTorrent site Mininova from notching up more than four billion downloads by its users. It passed the three billion mark just four months ago, indicating that it’s getting more popular, not less.

He should probably watch out though: with UK site OiNK having been shut down by the police last year, and The Pirate Bay facing a public prosecution in Sweden, it’s a dangerous time for the more popular torrent tracking sites right now.