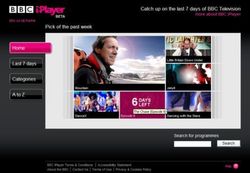 The BBC has announced plans to launch a version of its iPlayer TV catch-up service for iPhone and iPod Touch. “It will be the first of a transformation in people streaming long-form content onto a portable device,” said Anthony Rose, head of digital media technology at the Beeb.

It’ll work over Wi-Fi, and I’m assuming it’s a browser-based version of the service, although with Apple due to release its official iPhone SDK soon, I wouldn’t completely rule out it being a native application at some point.

The BBC also plans to launch iPlayer on Virgin Media next month, and is aiming to start supplying HD shows through the service later this year. There might also be a bookmarking system allowing you to set iPlayer to download shows automatically after they air on TV.