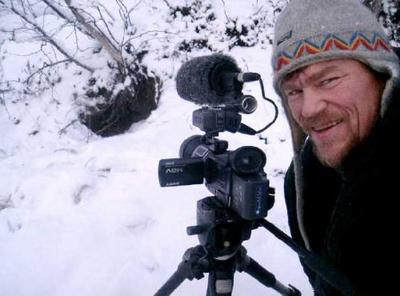 BitTorrent and P2P file-sharing is KILLING the music, film and TV industries, right? If this madness doesn’t stop, in ten years time David Letterman and Jonathan Ross will be starving on the streets, and the Eastenders budget will be so meagre that every episode will take place entirely in the Queen Vic’s gents loo.

Or maybe not. See, Norwegian broadcaster NRK is actually seeding one of its OWN shows on BitTorrent. It’s called Nordkalotten 365, and involves intrepid hiker Lars Monsen surviving the big freeze in northern Scandinavia. It was big in Norway, apparently.

Anyway, NRK says BitTorrent is a great thing. “This technology makes it possible for us to make our content available in a very high quality without having to invest in large server farms and expensive bandwidth,” they say, in the blog post announcing the news.

The show’s first episode is being seeded as a 600MB MPEG4 file with no DRM, and was downloaded 8,000 times in its first day of availability, according to NRK. They’re a public-service broadcaster – Norway’s equivalent of the BBC – so fears around using P2P don’t apply as much as they would for a commercial broadcaster.

One thought on “Norwegian TV broadcaster puts own series on BitTorrent”