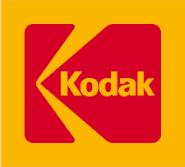 Any company that promises convergence is bound to get column inches, particularly if it’s regarding 5-megapixel cameras within mobile phones.

Kodak is the manufacturer to give us that – hopefully – with its KAC-05020 Image Sensor reported to be the world’s first 1.4 micron and 5-megapixel sensor. Not only is this good for consumers, downsizing on the number of gadgets we carry day to day, but manufacturers are rejoicing, as the sensors will “reduce their costs…because of the size – you can put more chips onto one wafer, for the same amount of money”, according to the CMOS Sensors Marketing Director over at Kodak, Fas Mosleh.

With this being “the kind of technology that can help upgrade all camera phones to a real camera”, mobile handset manufacturers will be able to trial it in the second quarter of 2008, however consumers will have to wait until at least 2009 for the technology to hit the production line.