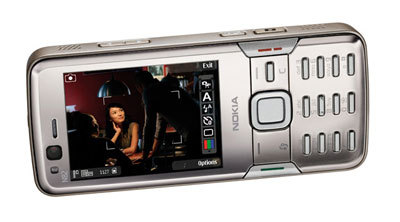 Around a quarter of entertainment consumed by people in five years time will have been created, edited and shared within their ‘peer circle’ rather than coming out of traditional media groups, a phenomenon being dubbed Circular Entertainment. By Nokia at least.

By ‘Circular’, Nokia means content that is created or shared in the form of social media. Like a track being remixed, then circulated amongst a group of people for example or video of a night out being recorded and edited, before being passed around for further edits or additions.

According to Tom Savigar, Trends Director at The Future Laboratory: “Consumers are increasingly demanding their entertainment be truly immersive, engaging and collaborative. Whereas once the act of watching, reading and hearing entertainment was passive, consumers now and in the future will be active and unrestrained by the ubiquitous nature of circular entertainment. Key to this evolution is consumers’ basic human desire to compare and contrast, create and communicate. We believe the next episode promises to deliver the democracy politics can only dream of.”

The findings are part of a study on global entertainment called ‘A Glimpse of the Next Episode’, carried out by The Future Laboratory, based on the behaviours of ‘trend-setting consumers’ from 17 countries, combined with the views of industry figures and Nokia’s own research team.