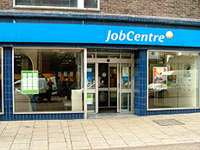 There’s a rather pretentious “Web 2.0” job on offer at Microsoft at the moment, which is asking for talented geeks able to “construct a winning strategy for Microsoft in photo and video sharing.”

It elaborates a little, pointing out that the team is currently “building a next-generation photo and video sharing service that will compete with flickr, smugmug and other photo web solutions today.”

So there wasn’t much point in putting a ‘?’ at the end of the headline of this story. Microsoft IS planning a Flickr rip-off. Although don’t you think it might perhaps be a little bit too late in the day, Microsoft? The last thing we need is another set of login details to remember and another way for people to upload compromising photographic evidence of what really happened in the pub on the night in question.