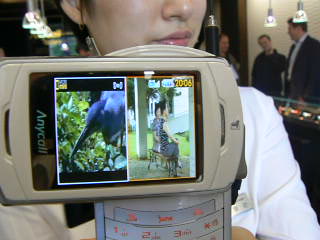 So, I’m here in Seoul being shown a taster of South Korea’s most cutting-edge mobile technology. This morning, that included a wander around Samsung’s Anycall Studio store, which acts as a showcase for the company’s handsets.

Besides the neat touchscreen phone-recommender, there was plenty of other fun stuff to see. I’ve picked out ten highlights from the store, so read on below. Starting with…

1. Picture-in-Picture dual-DMB TV Phone (above). The SCH-B710, to give the handset its full name, is the first Korean phone to come with a pair of digital TV tuners in – one S-DMB (satellite) and one T-DMB (terrestrial). What’s more, you can watch both simultaneously using its picture-in-picture mode, allowing you to watch a film and a football match at the same time.

2. Old-skool Olympic phones. Samsung’s display shows some of the handsets it released in 1998, 2000 and 2002 as part of its Olympics and Winter Olympics sponsorship. Old phones rule. 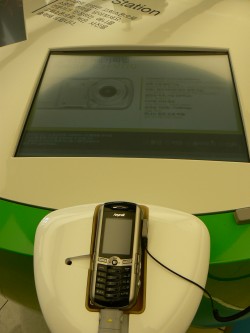 3. Photo Station. If you own a Samsung handset, you can wander into the Anycall shop and make prints from your mobile snaps. It’s just a case of connecting your phone and operating the touchscreen. It’s unclear how popular the service is, though – are Koreans any different from Westerners, who prefer to take photos and store them on the phone to show people, rather than getting prints?

4. Mobile games on TV. Phones with TV-Out ports were much in evidence at the Anycall Store, including the ability to play 3D games by hooking your mobile up to a larger LCD screen. I’ll be honest: for now, Samsung isn’t going to have Sony, Microsoft and Nintendo worried in the console market. But it’s an interesting feature. 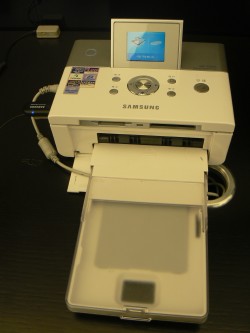 5. Wireless Photo Printer. A new gadget to get prints without needing to synch your mobile phone with a PC – just print directly via Bluetooth. The SPP-2040 is being pitched at keen mobile photographers, based on the assumption that a swanky new cameraphone (and Samsung’s ten-megapixel model is on show at the Anycall store) will want prints of their pics. I refer you to my scepticism in point three. 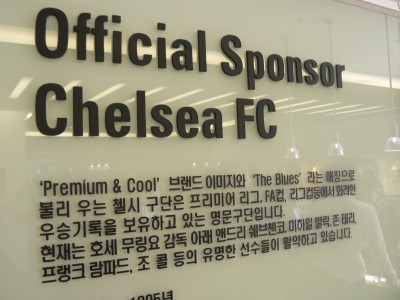 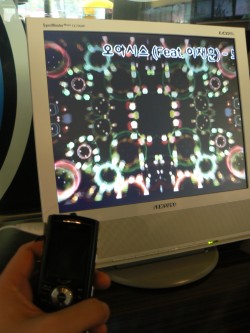 7. Mobile music on TV. Another display of how TV-Out can be used, with this handset hooked up to an LCD screen to play visualisations while your tunes pump out. Oh, and if you shook the phone, it dropped in extra beats, in a DJ scratching stylee. Not so useful if you’re a James Blunt fan mind. 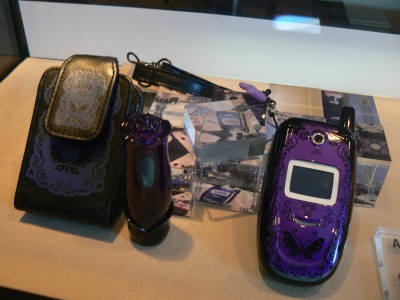 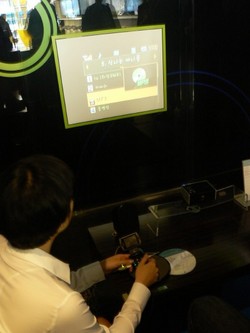 9. Pocket Imager mobile projector. Standalone projector designed to work with your mobile phone? It’s a niche product, but there must be some people who fancy watching mobile TV projected onto their wall. Right? Apparently the Pocket Imager can work on up to 68-inch screens. 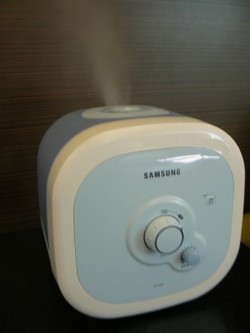 10. Samsung humidifier. Okay, this wasn’t on show specifically – it was just being used to pump out moistness to combat the current dry climate in Seoul. But cute, innit?