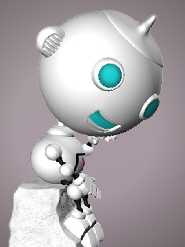 With the recent news that over half of all TVs sold last year were analogue, set against imminent digital switchover, it’s no surprise that the UK’s electrical industry has announced that it’s to phase out the manufacture and sale of analogue TV equipment.

By the end of the year, the Digital Switchover Supply Chain Group, which includes well known high street retailers, independent stores, and manufacturers, has committed to:

* accelerate conversion of all TV product lines to digital, including small (16-inch and under) TVs,
* move to all-digital TV and recorder production lines at least 12 months before digital switchover in each UK region,
* provide clear consumer information in electrical stores,
* label all digital equipment with the “digital tick” mark to indicate it will work before, during, and after switchover,
* phase out the sale of all non-digital recorders, including analogue DVD recorders.

Statistics from GfK show that, in the first seven months of this year, UK consumers purchased over four million TVs, with 89% of larger sets having digital tuners built in.

Of the two million smaller screen sets (under 26 inch), 85% were analogue.

1.4 million recorders of various types were sold, 64% of which were analogue.

We’re now just one month away from the first digital switchover, in Whitehaven, Cumbria.