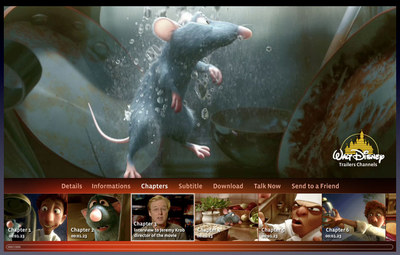 The downside of Telly 2.0 services like Joost and VeohTV are that you have to download a new application for each of them, clogging up your PC if you’re the kind of channel-surfing ho’ who wants to use all three. Someone’s hacked together an AJAX version of Joost, but it’s early days.

WiTV is the latest Telly 2.0 startup, but with a difference – it’s entirely browser-based. Its interface look as whizzy as its rivals though, judging by screenshots published on Web TV Wire. A particularly cool feature is the ability to chat with other viewers using Skype or other instant messaging apps while watching. 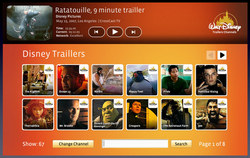 No news on whether WiTV has signed any content deals yet, although Disney is prominent in the screenshots released so far.

It’s certainly one to keep an eye on, anyway, not least because the company behind it is claiming it’ll work with devices like Apple TV, Xbox 360 and mobile phones.