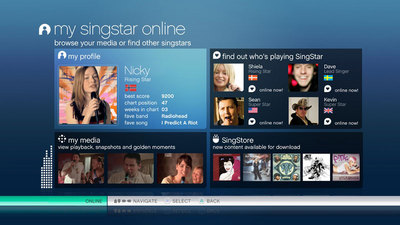 I’m so tone deaf, children have been known to run for the nearest high bridge when I give my karaoke rendition of ‘Crazy In Love’. Tombstoning? It’s all my fault. But that hasn’t stopped me getting excited about the PS3 version of Sony’s SingStar karaoke game.

Why? PSPSPS’ report on the game from the Edinburgh International Games Fest should tell you. The game will tie up with an online music store called SingStore, allowing you to pick and choose individual songs to caterwaul along to – and ensuring a constant supply of new tunes.

Meanwhile, you’ll also be able to plug in a camera and record your best performances to be uploaded to My SingStar Online, and see how other users rate you. Apparently, Sony’s demo of all these features at EIGF went down a storm, so I’m dribbling at the prospect of it touching down on my PS3 soon. Along with Rock Band. And Guitar Hero III. *weeps for empty wallet*