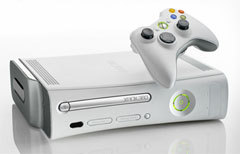 It might still be some time before Christmas kicks in, but already the next-gen consoles are making a play for your festive cash. And it could be less cash than you think if a price wars hots up between now and December.