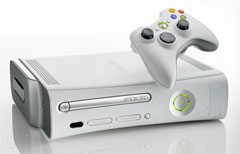 Those Aussies sure are a strange bunch, I should know, I was born there! The latest What The Hell Were They Thinking?! story comes from WiiWii, who are reporting that the recent price drop in Australia of the Xbox 360 Core model means it’s now the exact same price as the Nintendo Wii. Whoops…

At only $399.95 AUD (about £158), Microsoft are obviously playing their cards right, with the Wii being wildly popular in Australia. Obviously the Core model is hardly a bargain without having much of a hard drive, so I’d recommend people splash a bit more cash for the far superior Premium unit. But when being a direct price-competitor to the more light ‘n fluffy Wii, I wouldn’t be surprised if people consider the 360 better gaming value.