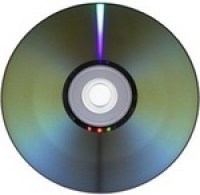 Design talks between Philips and Sony began in 1979, when the size and capacity of the disc was decided. Initially, the target storage capacity for a CD was one hour’s worth of music, but this was extended to 74 minutes in order to accommodate a complete performance of Beethoven’s 9th Symphony.

In 1985, Philips teamed up with rock band Dire Straits to heavily promote the compact disc. “Brothers In Arms” was one of the first fully-digital (DDD) recordings.

Useless fact: Though a single CD is only 1.2mm thick, if all CDs ever produced were piled up, the stack would circle the earth six times.

One thought on “Happy birthday to the CD: 25 years old today”