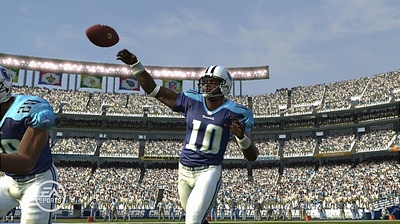 One of the big stories of Apple’s World Wide Developers’ Conference back in June was that EA would bring out its major games on the Mac.

However, two months on and it seems as if Electronic Arts may have gone a little cold on the idea.

Madden NFL 08 came out on most devices, but was a no-show on the Mac.

Here’s a juicy quote from AppleInsider on the topic: “In speaking to AppleInsider, [an EA] spokesperson nonetheless claimed that four ports of previously released titles—Battlefield 2142, Command and Conquer 3, Harry Potter and the Order of the Phoenix, and Need for Speed Carbon—were already available in stores. As of press time, however, EA was unable to provide the name of a single store at which customers could purchase any of the titles.”

So will EA really support Mac as a gaming platform? Or has it, too, decided the user-friendly computers just aren’t gaming machines?

C’mon EA – us Macheads are all Intel-ed up, we’ve got the speed, so where are the games?

Related posts
WWDC 2007: Apple gets EA and iD to make a big games splash on Macs
Clip-on screen turns PS3 into a handheld games console. Sort of.
Hack allows Nintendo DS games to be played on the Sony PSP