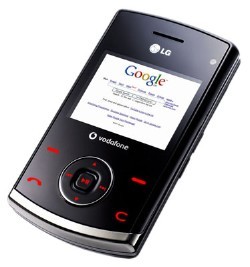 It’s all about the upgrades, innit. Your mum might still be clinging on to the mobile phone she bought six years ago, but if you’re a proper geek like us, you’ll get itchy fingers when your phone’s approaching its first birthday.

With that in mind, here’s a guide to seven of the most keenly-anticipated mobiles coming our way later in the year (obviously, for anyone outside the US, Apple’s iPhone is the eighth). Which one will be giving your credit-card a bashing?

1. LG’s Chocolate Google phone (left). Or, as it’s known to its retailers, the KU-580. There are two things to know about this phone. First, it’s basically the next generation of LG’s iconic Chocolate handset. But secondly, it’s the first to benefit from a deal with Google that means Google Search, Gmail and Google Maps will all be preloaded on it. The two-inch widescreen display, two-megapixel camera and Bluetooth audio only add to its appeal. MORE INFO 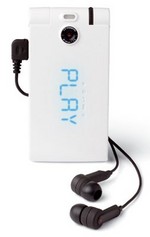 2. O2 Cocoon (right). A sleek white clamshell phone that’s due out in August, it’s aimed firmly at music fans, with 2GB of memory to store tracks, plus the ability to play DRM-free iTunes Plus files, and an FM tuner. Londoners get an extra bonus too – if you walk into The O2 Arena venue for a gig, Cocoon will automatically detect the location and offer up all manner of content. MORE INFO 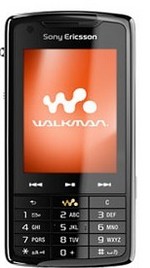 3. Sony Ericsson W960 (left). Is it an iPhone killer? Well, it has a touch-screen, 8GB of internal memory, and promises up to 27 hours of battery life for music. What it’s got above Apple’s handset is 3G, of course, while the built-in Wi-Fi will also come in handy for high-speed surfing. All this, plus a 3.2-megapixel camera and Bluetooth audio. MORE INFO

4. BlackBerry Pearl 2 (right). RIM got some of its mojo back with the BlackBerry Pearl, so it’s no surprise the follow-up is hotly anticipated. Sadly, most of the buzz around its features is highly made up speculative – apparently it’ll have a 3.2-megapixel camera, Flash, 6x digital zoom, a 3.5mm headset jack, Wi-Fi and stereo Bluetooth. Oh, and you can email on it. Obviously. MORE INFO 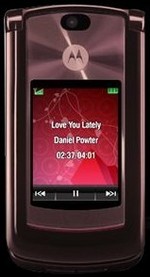 5. Motorola RAZR 2 (left). The original RAZR phone was a huge attention-grabber – so much so that Motorola proceeded to run with the design for several other handsets. Now the proper sequel is here, and it’s even slimmer (albeit by just 2mm), has a bunch of music features and a two-megapixel camera. In truth, the specs aren’t super-impressive, but it’s the design that’ll tempt the millions of RAZR owners thinking about an upgrade. MORE INFO

One thought on “Most Wanted: Top 5 mobile phones coming later in 2007”