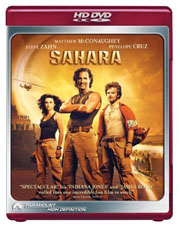 Today, HD-DVD is claiming victory in the least interesting battle in the history of technology.

The HD-DVD camp is boasting that sales of standalone HD-DVD players have beaten sales of standalone Blu-ray players by a ratio of three-to-one this year, with sales in Britain, Germany, France, Italy, Spain and Switzerland giving the format a 74 percent market share.

Of course, that’s not including PlayStation3.

The report, compiled by GfK and released on boring facts blog Reuters doesn’t go into detail about actual numbers shifted. Presumably because they’d show that, when it comes to Blu-ray and HD-DVD sales, everyone’s a loser.