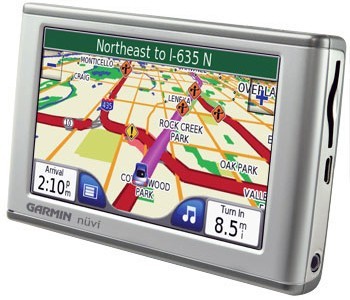 Garmin have announced two additions to their nüvi range of satellite navigation systems.

The nüvi 670 takes the best of the existing features of the nüvi range, and adds more functionality including an FM transmitter that allows you to hear navigation instructions, phone calls and music via your radio (now that this type of technology is legal in the UK).

Both the nüvi 670 and nüvi 370 come with pre-loaded detailed street maps of over 30 European countries plus the US, Canada and Puerto Rico.

The 370 features a 3.5-inch display, with the 670 sporting a larger widescreen 4.3-inch super-bright touchscreen display.

The nüvi comes with 1.25GB of spare memory, enough to store a decent number of music tracks. Hands-free phone calls happen over Bluetooth with the audio output routable to your car stereo.

The nüvis come with an integrated traffic receiver that can notify drivers of traffic congestion, accidents, or delays. The Traffic Network service is free to use in the UK. As is the norm, there are also millions of points of interest built into the device for easy reference.