Eyeing up a HTC Desire, but cant help but think your fingers would be more fulfilled I they had a physical keyboard to play about with? Then the latest info on the QWERTY-packing HTC Vision might be about to grab…

In keeping with the big green trend in electronics right now, BT are re-launching their Vision range of set top boxes, claiming a 12% reduction in power consumption. The new BT Vision + box doesn't just give you Freeview TV…

Nvidia's PR manager for the UK and Northern Europe, Ben Berraondo, has announced that 3D Blu-ray movies may be availalbe from as early as summer 2010. Berraondo confirmed that after months of heated talks, the Blu-ray Association had finally settled…

Not content with unleashing their latest mini-PC range, Archos also used today’s launch event to announce the arrival of three PMPs to add to their line-up.

The vision range’s flagship PMP is the touch-screen Archos 3 vision. It’s just 9mm thick and it only weighs 56g. The touchscreen is 3-inches with a resolution of 400×240.

Playback time is 14 hours for audio and four for video. A cool feature is the FM transmitter which allows you play back your audio via any radio you can sync with it – iTrip stylee.

The real good news with regards to the Archos 3 vision is the price. £89.99 is very reasonable for a touch-screen PMP.

One step down from the 3 vision is the 2 vision. It has a 2-inch screen – not touch screen though. It uses a surface slider control for navigation.

It supports MP3, WMA and WAV as well as photo viewing. It has 8GB of storage although this can be upgraded using the micro-SD slot. It’s only £49.99 – another very fair price from Archos.

Finally, the Archos Clipper is a gym/jog friendly, shuffle-style mp3 player. It’s nearly twice as heavy as the latest iPod shuffle at 20g – but it’s hardly going to weigh you down. It’s 2GB and will only set you back £19.99.

Archos also mentioned the 4 and 7 visions which should be released by the end of the year although they didn’t supply and specific details. I’m not Mystic Meg but I’m guessing a 4-inch screen and a 7-inch screen – I think that’s a given.

The three PMPs mentioned all go on sale next month. Go direct to Archos if you fancy getting yourself one.

Are you a frustrated Mac user who’s just dying to use a Logitech webcam with your slinky white machine? Yes, I thought Macs came with integrated webcams too, but it’s a nice gesture from Logitech, who up until now hasn’t actually supported Apple’s operating system.

The QuickCam Vision Pro has a 2.0-megapixel sensor with Carl Zeiss lens, and is compatible with both…

Over the past few years, Sony has built a solid brand behind the BRAVIA name, with 45 TVs in the current range.

In this five part series, we’ll be taking a closer look at the technology behind the badge.

Today, we’re up close with vision, looking at how Sony ensures their BRAVIA sets display the best possible picture.

All of Sony’s current BRAVIA TVs, except for the 15-inch portable set, are HD Ready. That is, they’re able to take and display at least a 720p signal, be that from a broadcast service such as Sky HD or Virgin Media, from a games console such as the PS3, or from a high definition disc such as Blu-ray. 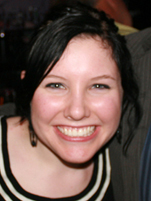 Being voluntarily ejected from the Australian womb close to four years ago, staying connected with my family is of huge importance to me. Thank goodness my parents and sister don’t expect me to write long-winded letters like we would’ve done had I left 20 years ago, as obviously with the invent of email and IM every man and his dog has access to that form of communication. Except for my grandmother, but that’s something I’m working on.

What I’m talking about however is other ways in which technology has improved my relationship with my family, through the use of the Xbox 360 Live, Skype, web-camming, YouTube, various social networks and blogs, and a very clever way of using Twitter.

One exciting snippet of news from Bill Gates’s keynotes speech last night, once again concerning us Brits, was that they’re partnering with BT to offer the Xbox 360 as their Vision set-top box.

This is yet another collaboration between the two giants, with Microsoft’s Mediaroom already actually powering their Vision broadband TV service since late 2006. This deal with Xbox 360 might be just what BT need to pull Vision…

The sibling cash-cow that is Alfie Allen has kindly shared his top Christmas gadgets list online, because quite simply – what would we do this Christmas without knowing what Lily Allen’s younger brother is pining for? I’m surprised we’ve managed this far without it!

Included in his list of GIMME GIMMES, DON’T YOU KNOW I’M LILY ALLEN’S BROTHER AND WILL STAR IN DANIEL RADCLIFFE’S LEFTOVERS list are several games, such as SingStar Party, which is available on the PS2 or PS3…