Not content with unleashing their latest mini-PC range, Archos also used today’s launch event to announce the arrival of three PMPs to add to their line-up.

The vision range’s flagship PMP is the touch-screen Archos 3 vision. It’s just 9mm thick and it only weighs 56g. The touchscreen is 3-inches with a resolution of 400×240. 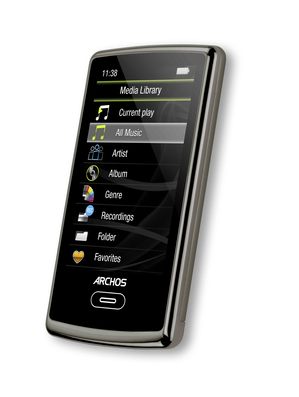 Playback time is 14 hours for audio and four for video. A cool feature is the FM transmitter which allows you play back your audio via any radio you can sync with it – iTrip stylee.

The real good news with regards to the Archos 3 vision is the price. £89.99 is very reasonable for a touch-screen PMP. 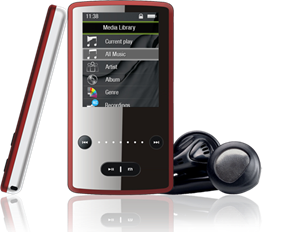 One step down from the 3 vision is the 2 vision. It has a 2-inch screen – not touchscreen though. It uses a surface slider control for navigation.

It supports MP3, WMA and WAV as well as photo viewing. It has 8GB of storage although this can be upgraded using the micro-SD slot. It’s only £49.99 – another very fair price from Archos. 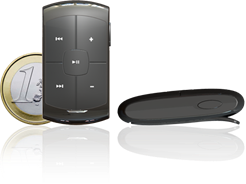 Finally, the Archos Clipper is a gym/jog friendly, shuffle-style mp3 player. It’s nearly twice as heavy as the latest iPod shuffle at 20g – but it’s hardly going to weigh you down. It’s 2GB and will only set you back £19.99.

Archos also mentioned the 4 and 7 visions which should be released by the end of the year although they didn’t supply and specific details. I’m not Mystic Meg but I’m guessing a 4-inch screen and a 7-inch screen – I think that’s a given.

The three PMPs mentioned all go on sale next month. Go direct to Archos if you fancy getting yourself one.