Most Important Things To Look For When Choosing a VPS Provider

It appears that Joox.net, which we’ve only recently got excited about, could be struggling to stay afloat. Indeed, it could already have shut down, thanks to pressure from copyright holders, if comments at Oh Gizmo! are anything to go by.

Joox.net, which brought us cult movies and classic TV programmes, may not have “given a crap about any copyright violations” — as per their many visitors — but the threat of being sued is enough to make smaller players on the Net take notice.

Pentax has announced that their recently launched Optio A30 digital camera has received DivX certification, meaning that users can create their own movies using the camera and have them play back on any of the 70 million DivX Certified consumer… 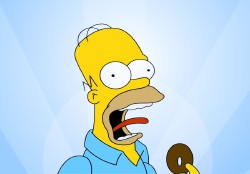 It can’t be much fun being in charge of YouTube at the moment. Not only is the site being sued by Viacom for $1bn for copyright infringement by its users, but it’s about to come up against a hefty rival.

Can YouTube be a big hit on mobile phones? The company signed a deal with Vodafone last week, but some industry rivals aren't so sure. One is Yospace CTO David Springall. The company runs the See Me TV and Look…

File-sharing company Azureus have launched a new video sharing website that it hopes will become the high-def equivalent of YouTube. We all know how successful YouTube has become, despite the relatively low quality of the video content. Using BitTorrent to…

Everyone's talking about mobile communities and viral content. It's just that not many of those people are actually doing it, and turning a profit. But the fact that the buzz around Web 2.0 is bleeding into the mobile industry is…

A new video sharing website has launched aimed at travellers. Travelistic combines user-generated video content with a variety of professional programming, including exclusive content. It uses Google Maps as a basis for users to find videos of a particular location….

Weeks after Universal did a deal with YouTube, they're now pursuing 'non-deal' video sharing sites who are misusing their content. Sites Bolt and Grouper are the targets, for allegedly infringing copyright of artists such as Bon Jovi, Eminem, Jamie Cullum…