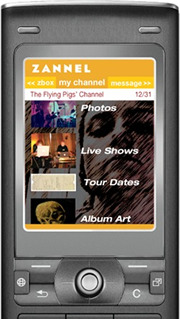 Everyone’s talking about mobile communities and viral content. It’s just that not many of those people are actually doing it, and turning a profit. But the fact that the buzz around Web 2.0 is bleeding into the mobile industry is a healthy sign that there’ll be some cool services ahead for mobile users.

One of those cool services is Zannel, which bills itself as “the easiest way to share content on mobile phones”, albeit with a flying-pig logo that could make casual observers wonder whether they’re entirely serious.

It’s not just a mobile YouTube, although there are parallels in the way Zannel aims to make it easy for users to upload videos and then promote them to a potential audience of millions. The company is still officially in stealth mode, but I chatted to them to find out more.

“The core problem we’re trying to solve is how to easily share content on mobile,” says CEO Adam Zbar. “On the Web, there’s been an explosion of user-generated content, social networking and viral video sharing. But there’s only been a trickle of that on mobile, for various reasons, including heterogeneous networks and handsets, and no consistent easy way to share a piece of content. That’s the fundamental problem we set out to solve.”

The firm was set up as some of those obstacles start to be removed. For starters, operators are beefing up their data speeds, as 3G and beyond becomes more readily available. Meanwhile, mobile users are upgrading their handsets more regularly, and operators are introducing flat-rate data charges – the US is ahead on this, but tariffs like T-Mobile’s web’n’walk and 3’s X-Series are doing the same here. 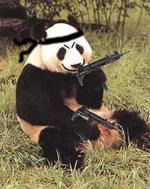 The net effect, according to Zannel, is an opportunity for the sort of content explosion already seen online. “It’s what you saw when broadband started to hit a critical mass,” says Adam. “You start getting a whole new experience that’s possible. And think about all these kids who are already interacting with each other on the Web, but now have powerful phones that they carry around constantly.”

Meanwhile, COO Steven Hoffman points out that there are a lot of companies springing up in Silicon Valley, LA and New York with grand ideas for mobile content, fuelled by a wave of venture capital. So given that Zannel’s service will include a big element of video clip sharing, what sort of stuff will people want to share?

“Americans are entertainment junkies!” laughs Steve. “We did a lot of studies with our target audience of 15-29 year-olds, and they’re hungry to consume video on mobile. Last year’s high-end video phones are coming into their hands now, especially around this Christmas season, so they want to know what they can do with this phone, particularly if it involves connecting with their friends and exchanging content.” 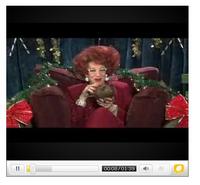 Zannel won’t just be about sharing video. The service will allow people to view and pass on jokes, quizzes, polls and other kinds of simple content, with video becoming more of a factor towards the end of 2007. At the moment, the company is running what it calls ‘Zannel Fest’, inviting people to submit short videos and viral images “that we can’t help but pass along”.

There’s a question about whether, given the opportunity to share content – particularly video – users will just upload copyrighted stuff, rather than truly user-generated content. YouTube’s lawyers are well aware of this, of course. What will Zannel’s approach be?

Zannel’s aim to be “the Fedex of content sharing” is certainly ambitious, although more details of how it works won’t be revealed until the new year. But how can a mobile startup like this compete when the big boys of the Web 2.0 world – the YouTubes, MySpaces and Flickrs – properly launch mobile services, rather than just dipping their toes in the water? 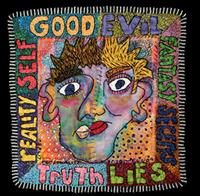 “We’re focused specifically on mobile, and it’s core to our team’s DNA,” says Adam. “Most of these large social networks haven’t put anyone on their teams yet to focus on mobile, so they’re outsourcing. We’ll end up co-operating rather than competing. YouTube made a recent announcement with [US mobile operator] Verizon, but they haven’t exposed the core functionality, so it’s an opportunity for companies like us.”

I think this may be a hint that Zannel would quite like to be bought by Google/News Corp/Yahoo/etc at some point in the future, if its technology proves itself in the market. But then that could be said about most Web or Mobile 2.0 startups I guess. So how does Zannel plan to make money in the meantime?

Adam says there are three ways in general that people monetise these kinds of service. Advertising is the largest, then premium paid-for features within the free service (think Skype, and its SkypeIn / SkypeOut products), and third is actually selling content to users. He hints that advertising may be the way Zannel is going, however.

“Looking at historically what happened with TV and the Web, advertising has been a very important way to marry together the ability for users to have entertainment, and for consumer brands to reach out. Mobile advertising is beginning to take off too: it was the main focus point at the last CTIA [a big mobile industry show in the US].”

Zannel could also work with mobile operators when it launches fully, although Steve says they tend to have two concerns about this kind of user-generated content – whether it’s safe, and whether copyright material is being swapped that could leave them legally liable.

Time will tell whether Zannel can make good on its promise of “zillions of channels”. But for now, it’s certainly a sparky example of the kind of firms who are springing up and trying to take the Web 2.0 buzz to mobile.