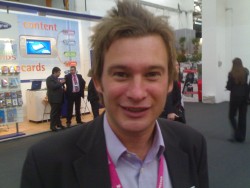 Can YouTube be a big hit on mobile phones? The company signed a deal with Vodafone last week, but some industry rivals aren’t so sure.

One is Yospace CTO David Springall. The company runs the See Me TV and Look At Me mobile video-sharing services for 3 and O2 respectively, and recently got bought by Emap to bring its skills to that company’s magazines and radio/TV channels. Will YouTube face a challenge in making itself mobile?

“The trouble with the big internet players is they don’t understand mobile very well,” he says. “It’s considered simply as a technical issue of getting content onto the phone, but it’s far more than that. Also, these big guys have a different view on what the business model is for mobile, as opposed to the operators. Potentially, what’s in YouTube’s interests is very different to what’s in Vodafone’s interest.”