– Recognizing that over half of YouTube users are outside the U.S, country-specific sites have launched today. And yes, the UK is one of them [Techscape]

– Google Maps Mobile is here. Find out how it compares to the version we know and love [Techscape]

5px; float: right;" /> – It's not available in the UK yet, but Nokia's slimline N76 (in "strawberry"!) looks like a delicious addition to their range [Shiny Shiny] – The Rolling Stones go metal. Well, one of them does…

Well, almost any. Blinkx Remote is a new service that helps you find full-length TV shows online. You can search by series and episode to watch shows including Doctor Who, 24, South Park and, er, Dora The Explorer. Check Techscape for the full story.

Proof that the Web 2.0 trend is reaching out beyond geeks: the cosmetics firms and fashionistas are getting involved.

The games industry has its sights trained on Second Life, that’s for sure. After Sony announced its own virtual world for PS3, called Home, now Electronic Arts has teamed up with TV producer Endemol for a virtual world called Virtual Me, which will let you create an avatar and then compete in Big Brother, Deal Or No Deal and other virtual shows. 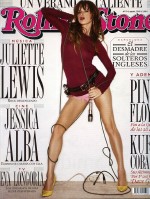 Big developments in the online world this week, as Big Media figures out how it fits into the Web 2.0 ecosystem. Rolling Stone magazine is apparently planning to launch its own social network, to beat MySpace at its own game. 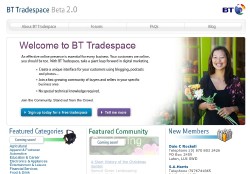 It’s called BT Tradespace, and it’s basically a MySpace for small-to-medium sized businesses (SMEs) who want a new way to engage with their customers.