Most Brits love nothing more than basking in the sunshine, and according to reports, Britain is about to hit a heatwave, as tropical air from the Atlantic Azores islands engulf the nation over the next 10 days. This will affect us all, but for those planning road trips it’s essential to be prepared. Drivers need to…
26th June 201812th February 2021 Chris Price Car stuff, Gadgets

Yesterday, over at HDTV UK, I responded to the news that Dreamworks somehow remained tied to the HD DVD format, despite Toshiba effectively killing it off.

Today, Dreamworks has announced that it’s killing off the HD DVD format, by not releasing any currently planned or future discs in the format. However, for either contractual or technical reasons — I’m not sure which — they won’t be producing Blu-ray discs until the summer.

June and July are typically good months for online purchases of electrical items such as MP3 players, digital cameras, and laptops, as people prepare for the summer holidays, but this year's figures also seem to have been helped, unfortunately, by… 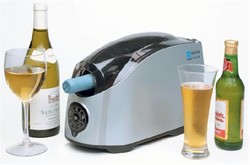 Yes, it’s summer. Really. After all those weeks of frankly atrocious weather for the time of year, we’ve finally got enough sunshine for us Brits to indulge in our traditional summer pastimes of getting lobster-red ‘tans’, reporting neighbours for breaking hosepipe bans, and poisoning friends and family with poorly-barbecued chicken drumsticks. Heaven.

Back from a few days’ holiday over in Lowestoft, on the East coast of England, I’ve gained not only a lot of sunburn (curse my parents and their fair-skinned genetics!), but also a lot of wisdom in regards to just what you should pack for a good few hours’ worth of lounging in the sun…