Which? announces shortlist for the best consumer brands in 2021

Ford ‘Future car’ should be red, electric and be able to fly – say kids

The NoPoPo battery is a revolutionary new battery from a Japanese company called Aqua Power System which consists of magnesium and carbon, and can be recharged with a ‘variety of fluids’, including urine.

The batteries will also accept beer, apple juice, cola and saliva, via a pipette included in the pack. A typical AA battery carries 1700-3000 milliamp-hours of charge, whereas the NoPoPo – which stands for no pollution power- only holds 500 mAh, but when all you need to do to recharge it is squirt in some piss, you can’t argue too much.

The NoPoPo batteries are available in Japan, and you might be able to get it from the States here for $15. If you’re buying some, though, I demand you explain in the comments exactly why you need wee-powered batteries, you weirdo. 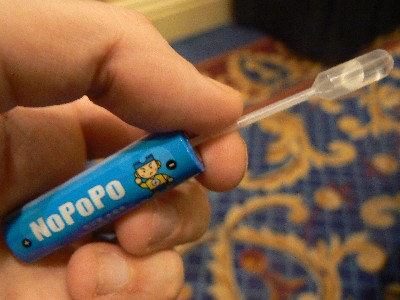 Sadly, Tech Digest’s battery correspondent isn’t at CES this year, so it’s fallen to me to ferret out the latest in AA energy technology. It’s called NoPoPo, which stands for Non Pollution Power. Japanese firm Aqua Power System is behind it.