If you needed any more evidence that solid-state-drives (SSDs) will be taking over from traditional hard drives pretty damn soon, then here it is. Toshiba’s developed an SSD that’s 512GB – twice the size of their recently launched 256GB model.

SSDs use fast flash memory for storage, rather than the traditional mechanical magnetic platter which is slower and more prone to failure. This particular drive uses 43-nanometer Multi-Level Cell (MLC) NAND flash technology to cram those gigabytes into a 2.5″ enclosure.

Tosh will also be offering 256GB, 128GB and 64GB drives, each in a choice of 1.8″ or 2.5″ enclosures.They’ll be available sometime between April and June, but they’ll be shown off at CES in January. No pricing info yet.

Related posts: Micron Technology promises 1GB/s+ SSD drive within a year | Toshiba makes small thing bigger on the inside – 250GB SSD on the way this year 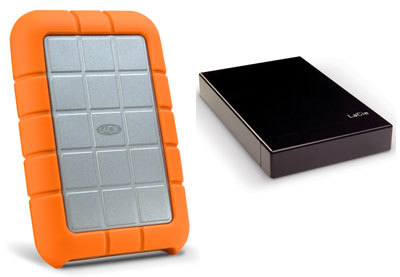 LaCie don’t just make technology, they design it. Or rather, they get someone in to design it – like the Rugged All-Terrain and 2.5-inch Little Disk drives, designed by Neil Poulton and Sam Hecht respectively.

As well as those new easier to use standard Everios, JCV's other huge CES news is the release of the high definition Everio (just as we predicted). The first of it's kind, the hard drive camcorder records in full HD…