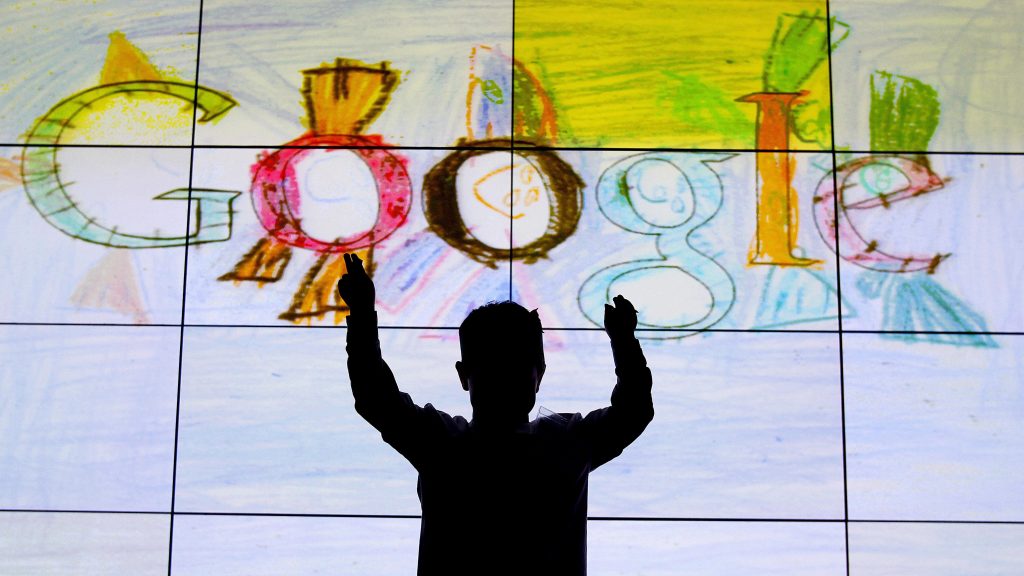 The team behind Google Doodles had no idea how popular their small animations would become. Martyn Landi talks to British born Google Doodle artist Matt Cruikshank…

Matt Cruikshank, a Google Doodle artist since 2012, said the company has been contacted by teachers who have used Doodles as part of school lessons and been the subject of petitions from users asking for specific designs.

Google Doodles are illustrative and sometimes animated changes made to the Google logo on the search engine’s home page, often to celebrate the lives of famous artists, scientists and pioneers as well as major events and anniversaries.

The first Doodle was used as an illustrative out of office message for Google co-founders Larry Page and Sergey Brin when they attended the Burning Man festival in 1998.

British artist Cruikshank, who studied graphic design and animation in the UK and worked for Disney in London before moving to San Francisco to join Google, said creating interesting designs for millions of different people using a wide range of devices to visit the Google home page each day was the biggest challenge.

“We do try and cater for everyone. For instance, we did a cricket game in 2017 and so we actually set ourselves the challenge of making that game under 30KB – which is tiny,” Cruikshank told PA.

“That’s why it was a very simple one-click game but it was hugely popular in areas where data is expensive for instance, and you want to be able to have this very small bite-sized little game that people can play versus an incredibly immersive augmented reality (AR) Doodle.”

Such is the appetite for designs on certain subjects, he said that the Doctor Who Doodle created to mark the show’s 50th anniversary in 2013 came about after the company became aware of a petition from the show’s fans asking for a design honouring the BBC show.

In terms of creation, the artist said advances in technology meant Doodles were being seen just as often on mobile devices as on desktop computers, and that had to be taken into account when creating new designs.

“We try and look for projects that are catered towards the best use of technology,” he said.

“So we’re aware of where things are going and if we can put our product there for people to play around with and access whenever they can.”

Such has been the rate of technological advance, the artist said, that some Doodles involving relatively common tech such as augmented reality have not been accessible to everyone.

“Recently we’ve had Doodles in AR, and one of the things we encountered was that not a lot of people had that technology yet, so we are at this point where we want to put things on the home page that are accessible to everyone but also you don’t expect people to have this expensive technology or these forward-thinking technologies – so it’s getting that balance of how can most people enjoy it without feeling they have to have AR,” he said.

So, what does make a good Doodle?

Cruikshank says it is a design which not only entertains users but educates them too.

“We get some amazing social media things where school teachers have actually said they actually began their class today by showing their students the Doodle, which was about someone they hadn’t known about and thought it would be an inspiration for my class,” he said.

“For me, if we can get there, that’s perfect really.”

The artist’s personal favourite is from Earth Day in 2018, where a short animated video was created to commemorate the work of conservationist Dr Jane Goodall.

He also revealed that the process for selecting a suitable design is done up to a year in advance, with up to 800 initial submissions cut down to around 400 which are organised into the calendar – with some countries seeing different Doodles on the same day depending on the geographical relevance of the design.

“It’s definitely a lot of shaping, that’s why we try and work a year in advance, which is a challenge but at least we understand that we’re going to have this for 2020,” he said.

“I didn’t really envisage it growing to the point that it has but I’m very excited and humbled to be a part of it. I look back at past Doodles I’ve done and the reason we’re here now is because of those and the different projects that we’ve worked on.

“So it’s kind of like building the tracks as the train is going along – we’re not entirely sure where it’s going, but we’re really enjoying the ride.”