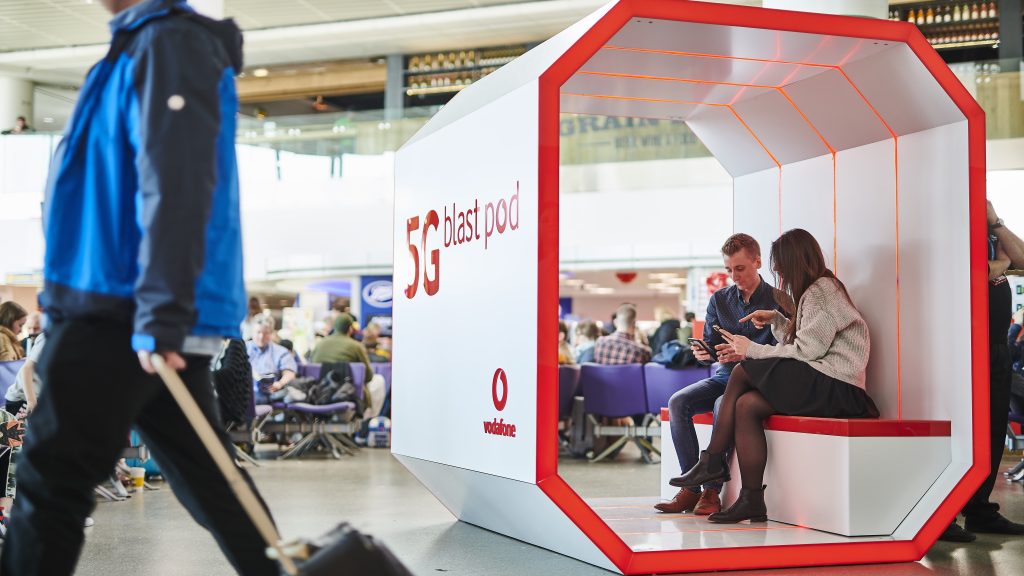 Vodafone has slashed its shareholder dividend payout for the first time to invest in 5G and cut debts as it revealed a mammoth 7.6 billion euro (£6.6 billion) annual loss.

The mobile phone giant announced a 40% cut to its full-year dividend – which is one of the biggest in Britain – to nine cents a share in what marked a stinging blow to investors.

It came as Vodafone swung deeply into the red over the year to March 31, against profits of £2.8 billion a year earlier, after it wrote down the value of some of its assets and took a hit on the sale of Vodafone India.

The divi cut is the first since the group introduced shareholder payouts and sees recently-appointed boss Nick Read reverse a previous pledge to maintain the divi.

Mr Read said the move was needed to help the group pay down its 27 billion euro (£23 billion) debt mountain and shore up its balance sheet as it invests heavily in buying 5G spectrum and finalises the 18.4 billion euro (£16 billion) deal to buy a raft of Liberty Global cable assets across Europe.

In a separate announcement on Tuesday, Vodafone confirmed 5G will go live across seven cities in the UK on July 3, with another 12 cities to follow by the end of the year.

Mr Read, group chief executive of Vodafone, said the group was at a “key point of transformation”.

“To support these goals and to rebuild headroom, the board has made the decision to rebase the dividend, helping us to reduce debt and deliver to the low end of our target range in the next few years,” he said.

Shares in the group rose 2% despite the divi cut, but had fallen 5% on Monday amid speculation over the move.

It said it came under pressure from increased competition in Spain and Italy and saw “headwinds” in South Africa.

The group posted underlying earnings of 14.1 billion euros (£12.2 billion) – up 3.1% on a so-called organic basis and in line with its outlook.

The figures follow Vodafone’s announcement late on Monday that it had sold its New Zealand mobile business for 3.4 billion New Zealand dollars (£1.7 billion) to a consortium of infrastructure investors.

George Salmon, an equity analyst at Hargreaves Lansdown, said: “Telecoms remains one of the most unloved sectors in the market, and these results are a fair indication of why.”

He added: “While a dividend cut is never nice for investors, in the context of the many headwinds facing the group, and the impending 19 billion euro acquisition of Liberty Global’s German and Eastern European cable networks, we think Nick Read’s decision to rebase the dividend is sensible.”