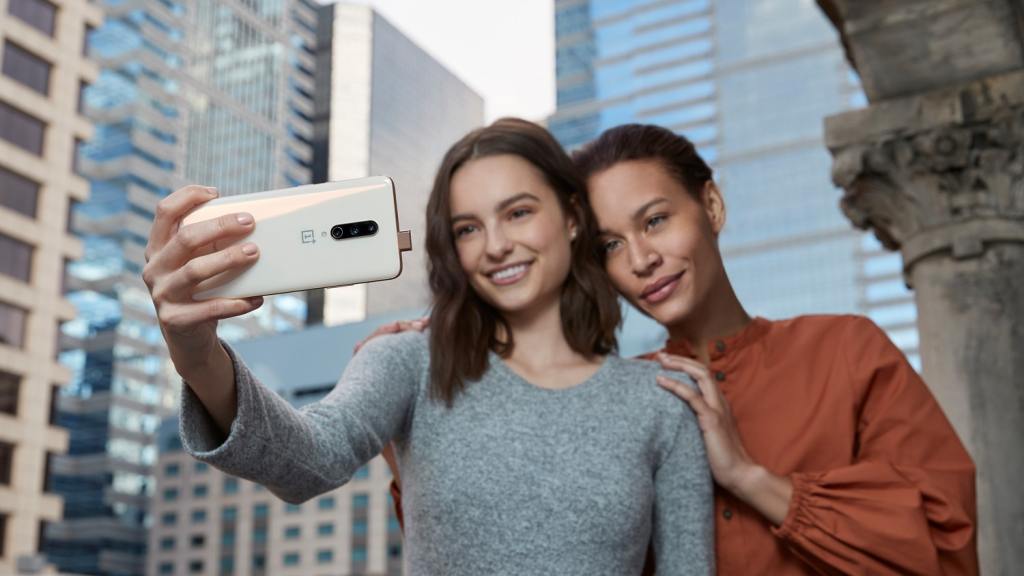 Chinese smartphone maker OnePlus has unveiled a 5G-ready smartphone among its trio of new devices.

The OnePlus 7 Pro 5G has been specially designed to include the new antennae to ensure the phone can support the next-generation mobile network when it launches.

The first 5G networks are expected to go live in the UK this summer, offering mobile internet speeds several times that of the current 4G.

The new OnePlus phone was unveiled alongside the flagship 7 Pro, which features a 6.67-inch curved glass Quad HD+ resolution screen, which the firm says makes it “one of the very best smartphone displays on the market”.

It also features a triple-rear camera system, a pop-up front-facing camera, and technology to charge the battery from zero to 50% in 20 minutes, OnePlus said.

OnePlus is yet to confirm a release date or price for the 5G phone, but the Chinese company confirmed the 7 Pro will go on sale on May 21, starting at £649. A cheaper OnePlus 7 will go on sale in June.

Mobile phones expert Ru Bhikha from uSwitch.com said the company’s new line-up is a viable alternative to established devices from the likes of Apple and Samsung.

“The launch of the OnePlus 7 is another indication that the Chinese manufacturer intends to remain part of the conversation when it comes to the very best smartphones around,” he said.

“Following the success of the 6 series, the 7 is loaded with an impressive array of tech that consumers have come to expect from handsets bothering the top end of the mobile market.”

However, following the recent launch of Google’s new mid-range Pixel 3a – cut-price versions of its flagship Pixel 3 phones – Mr Bhikha warned the Chinese firm may struggle to catch the attention of consumers.

“OnePlus has yet to make any real impression on the UK market, and it remains to be seen whether the 7 series will allow it to make the desired leap,” he said.

“The growing problem of handset apathy makes price more important than ever, and these handsets are not as cheap as we might have expected, with starting prices at £649 – a mark-up of £100 on the 6 series.

“The problem OnePlus might have is that Google has just undercut the whole market with its impressive Pixel 3a range and has the heavyweight clout to make inroads in a way OnePlus will struggle to match.

“The 7 series has much to admire but it might struggle to appeal to an audience outside OnePlus’s existing acolytes.”