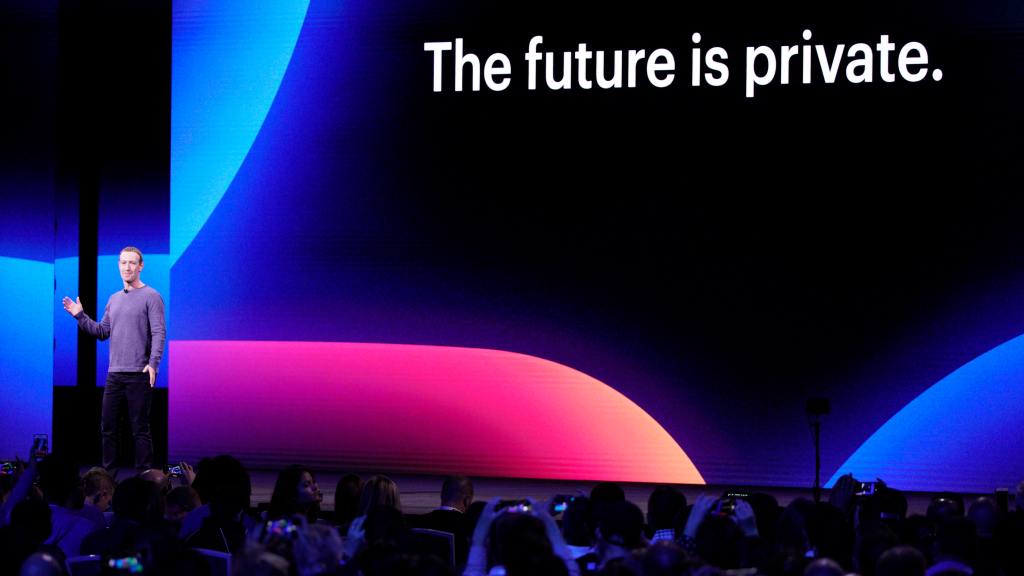 Facebook has pledged to begin a “new chapter” in its history as it revealed plans to be more privacy-focused at its F8 developer conference in California.

The social network announced a number of updates across its platforms – Messenger, Instagram and WhatsApp – at its F8 event, here is a look at the key updates.

The world’s largest social media platform is getting a redesign – with the trademark blue panels of the site being turned white.

The company says the redesign, which will roll out later this year, will make the website “simpler, faster, more immersive and puts your communities at the centre”.

The firm’s Facebook Dating feature has also been updated to include a new Secret Crush feature, which will allow users to select up to nine people they’re already friends with they can express interest in.

If that person has opted into Facebook Dating they will receive a notification telling them someone has a crush on them. If they add the original user’s name to their own list it will inform both parties of a match, otherwise, the interest will remain secret.

The social network confirmed its first physical product – the Portal video calling device – is to start shipping internationally this year.

The app taking the lead in Facebook’s new privacy-focused approach, Messenger has been made end-to-end encrypted by default for the first time, fully securing messages sent on the service.

The app itself has also been completely rebuilt from the ground up, Facebook says, as part of a project called LightSpeed that will make the app smaller and quicker to download, as well as faster to load.

A standalone desktop app for both Windows and Mac users is also being introduced, as is a new space in the Messenger app called Close Friends, where users can share messages and Stories with selected close friends and family.

The photo-sharing platform has confirmed it is testing a feature that hides the total number of likes on photos and videos to try and focus attention on posts rather than the likes they get. The feature will be initially tested in Canada.

Shopping is also becoming more integrated into the app, with users able to start tapping on items they like in a post and buying it “on the spot”.

The Camera mode is also being updated, with a Create feature that will enable users to add more creative stickers and effects to their posts.

The business version of the messaging app is introducing catalogues, which will enable users speaking to firms via the app to browse product catalogues without leaving the platform.