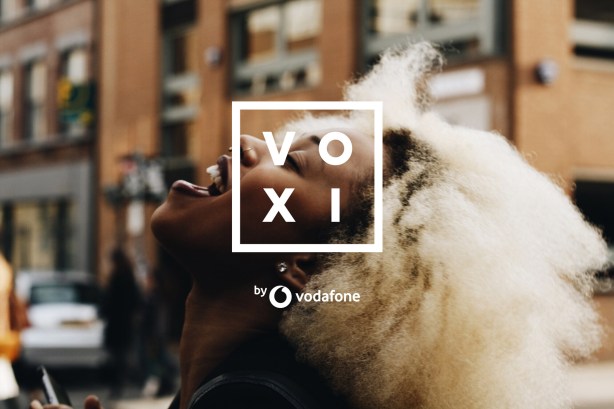 In an attempt to make its mobile phone offering a bit cooler, Vodafone has announced a new sub-brand called VOXI.

Billed as the ‘UK’s first dedicated youth mobile offering’, VOXI is aimed at the Under 25 ‘Young Creatives’ market who probably wouldn’t even give Vodafone a second glance.

With as much calling and texting as they want, the freedom to use the SIM in Europe at no extra cost, and with no contract and no credit check, VOXI is – claims Vodafone – accessible, flexible, affordable and transparent.

To ensure VOXI is relevant to its audience, the content on its marketing channels will be created by a community of young artists, filmmakers and designers from across the UK.

Vodafone has partnered with some leading figures who will share their stories, work and learnings via a series of masterclasses and workshops.

“Why should young people make do with the same mobile plans as everyone else, when they use their phones differently and often can’t access the best deals? We’ve worked with hundreds of people aged 25 and under, and have really listened to them.

“They are a generation that’s tired of being stereotyped and talked at. We created VOXI, a transparent new mobile service that gives our audience a platform to connect to the things that matter to them, whatever they’re into.”

Customers can use their phone at 50 destinations at no extra cost – including countries outside the EU, such as Switzerland and Turkey. With no contract, customers can join, pause or leave VOXI whenever they want.

Commenting on the launch of newcomers to the SIM-only space – Vodafone’s VOXI and Three’s SMARTY – Ernest Doku, mobiles expert at uSwitch.com, adds:

The arrival of Vodafone’s VOXI and Three’s announcement of SMARTY both within the space of 12 hours shows how the big mobile players are attempting to land-grab in a market that has been steadily shifting towards greater flexibility and simplicity.

“Their moves shouldn’t come as a surprise. Our latest research reveals that on top of the 30% already on a SIM-only plan, 15% of customers currently on a contract are eyeing a move to SIM-only.”