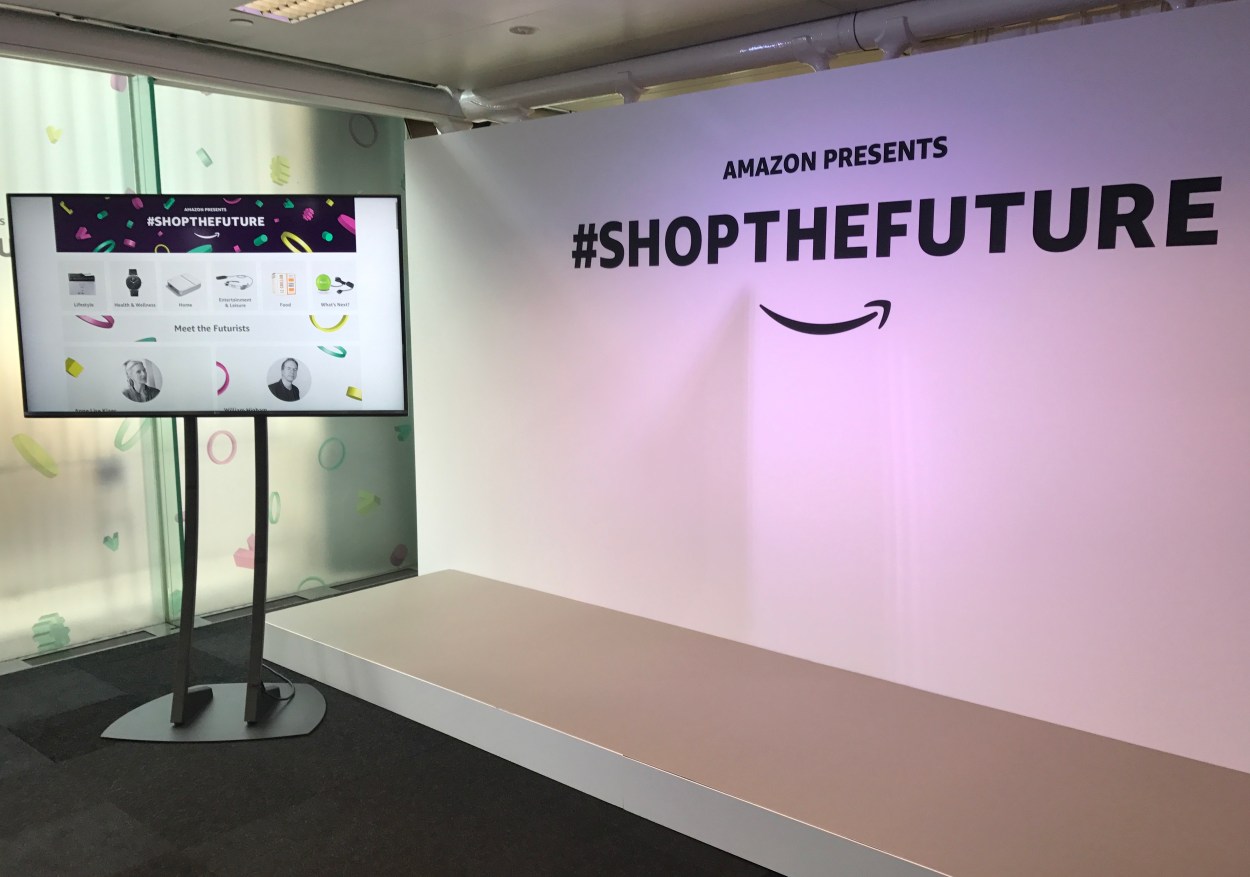 Like all of these Christmas in July events which have become popular over the last few years (Argos even went one month better with its Christmas in June event), it’s an opportunity for retailers to promote what they think are going to be this festive season’s biggest sellers.

Given that Amazon is bigger than most with a vast array of products, there were plenty of stands to visit in the large hall, everything from outdoor accessories to musical instruments and kids’ toys.

As far as tech was concerned we were drawn to the #ShoptheFuture section where you could see a whole range of smart products, some of them just coming onto the market, others about to launch on Amazon Launchpad over the next few months.

Apparently two leading futurists, Anne Lise Kjaer, of Kjaer Global, and William Higham, from Next Big Thing have been commissioned to select products for the store’s launch as well as publishing an independent report, also called Shop The Future.

Inevitably, smart products were very much in evidence at the event, including the Flexound HUMU smart cushion (pictured above) that’s already available on Amazon Launchpad for £279.

Available in either dark or light grey, it’s rather like a small pillow that you can rest your head on. Inside are integrated speakers that can connect to any audio product either via Bluetooth or aux cable. And whereas traditional speakers vibrate soundwaves through the air, HUMU vibrates the sound into its foam interior and from there to your body!

Another interesting product was the £259 Athom Homey (pictured above). Looking like a cross between an air freshener and a Bluetooth speaker, it’s actually a control system designed to connect all wireless devices in your home and make them accessible from just one place.

In theory, it’s a great idea replacing separate control systems with one device which is compatible with a multitude of different standards including Zigbee, infrared, 433MHz, 868MHz, NFC as well as WiFi and Bluetooth, of course. We’ll let you know what we think when we get a review sample in the next few weeks.

Other products on display included the Bellabeat Leaf – a combined necklace and bracelet that tracks your health – and an updated version of Epson’s £719 augmented reality glasses called the Moverio.  Featuring OLED (organic light emitting diode) digital display technology, it’s claimed these are the lightest see-through smart glasses on the market.