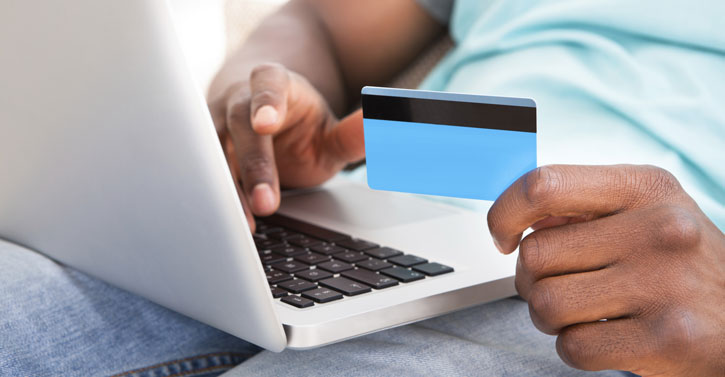 There’s good news and bad news for online sales. First the good news. Online retail sales were up 12% year-on-year in January. Now the bad. The electrical sector slumped by 12% over the same period.

According to the latest figures from the IMRG Capgemini e-Retail Sales Index, the average basket value (ABV) for online retailers was recorded as £85 in January 2017 – up from £79 a year earlier and making it the highest value for that month since January 2010. By comparison, the average in 2016 was £81.

While multiple sectors – including clothing, gifts and accessories – recorded a rise in ABV, the electricals sector dropped to £129, down 12% on January last year. The same sector also continued its recent run of low growth with online sales down 9% year-on-year (YoY), falling for the second month running.

“January’s figures reveal a steady start to the year, but 2017 is not without its challenges for online retailers. The most pressing one relates to the devaluation of the pound following Brexit, as it means price rises are looming for an industry where retailers often get pressured into a cycle of discounting to stimulate sales activity among customers.”

“One area where we may see a big impact is electricals – already having a tough time online with sales growth down -8.5% in January and the average basket tumbling. Sonos, Microsoft and Apple among others have recently announced big price hikes of 20% and over to come, so retailers in this sector may continue to have a difficult period to navigate going forward.”

“A growth rate of +12% for online retail is pretty strong. However, when compared with the growth rate for the last quarter, it has certainly steadied. The rise in inflation will raise caution among shoppers and with price hikes expected across petrol, electricals and food, this caution will remain for some time to come.”

He adds:
“The focus for retailers in 2017 should be on ensuring they can capture as much of the UK market share as they can, as well as exploiting international sales, should the pound weaken.”