Mobile World Congress (MWC) is the biggest mobile phone event in Europe. Due to take place in Barcelona, Spain, between February 27 and March 2, 2017, it will see most of the major players in the industry announcing their new phone line-ups for 2017 and beyond.

In addition to the mobile phone companies, we’ll also see lots of exciting new products unveiled from accessory companies, many of them demonstrating exciting applications for the latest technology, including various forms of Artificial Intelligence (AI).

Several of the main launches will take place ahead of the show opening to the public, typically on Sunday February 26th and Monday February 27th. And although some details are still under wraps, we’e featured several product announcements that seem very likely to happen.

Just don’t expect to hear about new Apple products. As usual, Apple won’t be at the event, preferring to do its own launch events such as its developer conference WWDC in California in June. See here for further details.

Yes remember them! Although BlackBerry officially stopped making phones last year, thanks to licensing agreements the brand has been able to continue.

Now manufactured by a company called TCL, Blackberry will use MWC to officially launch its latest Mercury model (otherwise known as the DTEK70) at a press event on Sunday 26th February.

Although specifications for the phone are still a closely guarded secret, we know that it will be an Android phone probably running the latest Android Nougat mobile OS. It’s also likely, though not certain, to feature the famous BlackBerry QWERTY keyboard.

Chinese smartphone manufacturer Huawei is the third biggest phone manufacturer in the world (not that you’d know that if you live in the West) and its new flagship, the P10, is expected to be one of the stars of this year’s show.

We’re anticipating powerhouse specs, including up to 6GB of RAM and 128GB of on-board storage at an affordable price point. It’s also rumoured to be available in several bold colours including gold, pink, black, green and purple – at least if the leaked image above is anything to go by.

The dual-camera was one of the standout features of its predecessor, the P9, so we’d expect this to be the case with the P10. Could it be similar to the Huawei Mate 9, which has a 20MP and 12MP camera pairing on the back?

Joining the P10 will be the Huawei Watch 2, and possibly updated tablets as well as a new 2-in-1 device. 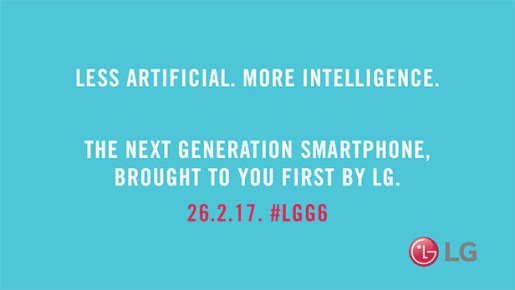 Taking over from the G5, the LG G6 will be the South Korean firm’s flagship smartphone for 2017 when it is officially unveiled on February 26th.Details of the handset have already been leaked virtually everywhere online. Features include a 5.7-inch, FullVision QHD+ screen with an ultra-wide 18:9 aspect ratio, giving a screen resolution of 1440 x 2880, and a pixel density of 564 pixels per inch.

In comparison the 5.5-inch iPhone 7 Plus has a pixel density of 401ppi, while the Samsung Galaxy S7 Edge comes in at 534ppi. So we can expect a great quality display from the LG G6 when it launches.

What’s more, 18:9 aspect ratio also makes it longer than most smartphone screens so it should be ideal for split-screen apps and movie playback.

Other features include a waterproof design, and a 30 per cent less power hungry battery than the previous generation of LG QHD display. We will know more when it’s officially unveiled on February 26th.

Could Nokia be about to bring back one of its most iconic mobiles nearly 17 years after it was first launched? The Nokia 3310, released in 2000, sold 126 million units worldwide, making it the world’s best-selling mobile phone. It achieved cult status due to its impressive battery life, durability, and of course the addictively simple game Snake.

Now HMD Global, the Finnish company which has exclusive rights to market the Nokia brand, is reportedly planning to release a revamped version of the classic phone.

A person briefed on the company’s plans told VentureBeat that HMD Global would unveil the handset at Mobile World Congress (MWC) with the new 3310 expected to cost €59 (£50), significantly less than its original price of £129.

Samsung often unveils a new flagship smartphone at MWC. Last year it was the turn of the Galaxy S7.  However, the the company’s mobile head DJ Koh has told Reuters that the Galaxy S8 disappointingly won’t be making an appearance at this year’s show.

Instead the Korean manufacturer has sent out invitations to a press conference on February 26, where it is widely expected to unveil its latest iPad rival, the Galaxy Tab S3.

Whereas with the the Galaxy Tab S2, Samsung offered two sizes – an 8-inch model and a 9.7-inch one – according to a report from South Korea-based Naver News, the Tab S3 will reportedly offer just the bigger size, with a 9.6-inch, 2048 x 1536 display.

Sony is reportedly planning to unveil a bumper crop of up to five new Xperia smartphones at MWC. Will that include the Xperia ‘Yoshino’, supposedly the flagship model of the series, complete with 5.5-inch display 4K resolution, as well as Qualcomm’s new Snapdragon 835 chipset?

We think so although it seems likely the Yoshino name is just a codename and Sony will opt for something much more boring instead.

Also on board this flagship model, it’s rumoured, are Sony’s own IMX400 image sensor, plus 4GB/6GB of LPDDR4X RAM. Sony has scheduled a press conference at the trade show for 8.30am on February 27 so we should know more then.

And the best of the rest…. 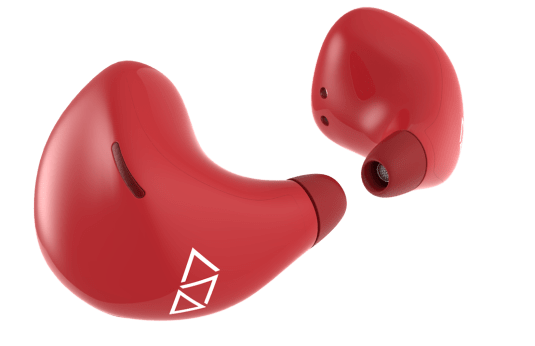 At MWC this year there will be no shortage of accessories companies, showing off their latest technology. One of these is Waverly Labs with the Pilot, billed as the world’s first translating earpiece.

After raising $4.3 million on a campaign on Indiegogo, it is now being sold on pre-order for $249.00 and shipping of the unit is scheduled for this late summer. Offering translations for more than 17 languages, the Pilot translating earpiece will be shown at 4YFN, the Mobile World Congress Startup event.