Remember Xiaomi? Despite not being hugely well known in Britain and the west, the company is one of the largest phone manufacturers in the world. The Chinese firm has today announced a new high-end up for – and appears to be gunning directly for the iPhone 6 Plus. 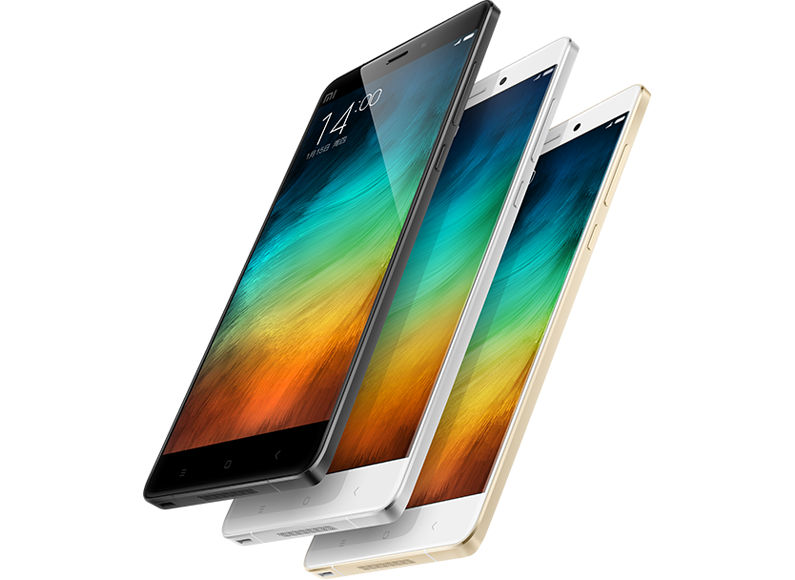 The Mi Note sports a full 1080p HD 5.7″ screen, a fast Quadcore 2.5ghz Snapdragon 801 processor, 3GB of RAM, and is only 6.95mm deep – that’s less than the 6 Plus. The company is keen to talk up the performance of the device – pointing out there’s a Adreno 330 graphics processor for gaming, and the screen has a 1:1400 contrast ratio, which should make the blacks blacker and the bright bits even brighter. With a 3000mAh battery it reckons you can get ten hours of video playback out of one charge.

Camera-wise, there’s a 13MP on the rear, and a not so impressive 2MP on the front.

Perhaps even more remarkable is that Xiaomi is also producing an even more high-end version of the phone, which will have a 2K screen and 4GB of RAM.

The Mi Note will come in either 16GB or 64GB variations.

In terms of operating system, Xiaomi’s phones all run its custom spin-off of Android – which whilst it can run Android app is not part of Google Play, so will lack Google’s services and the Google Play store.

Perhaps most impressive though is the price. The ‘normal’ version will be 2299yuan for the 16GB version – which works out at just £244. (The top end version comes in at £350). Like Xiaomi’s other handsets, this could potentially hugely upset the rest of the smartphone market, which usually commands higher prices for similarly spec’d phones.

We’re not entirely sure if/when the phone will be available in the UK, but at this price it will no doubt be in demand. We’ll keep you posted.