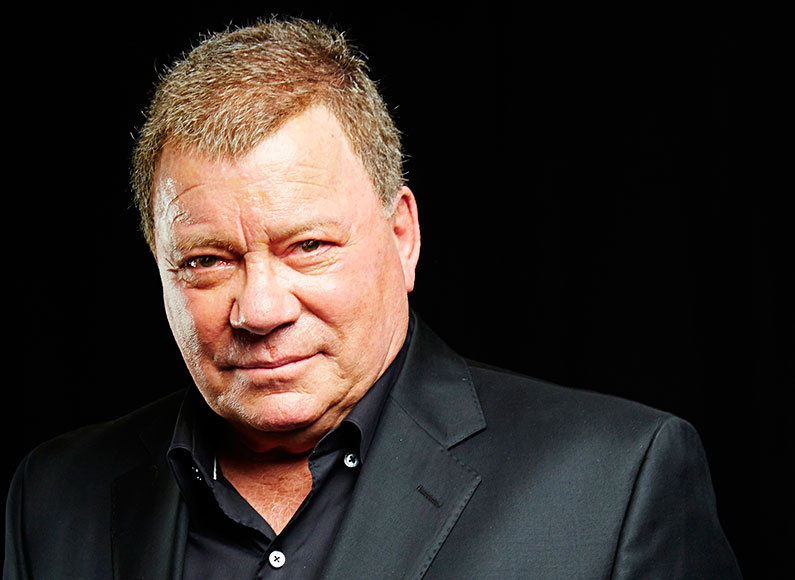 And he’s not backward in coming forward when something displeases him.

This week, Shatner took a poke at Facebook Mentions in a blogpost on his Tumblr account, Shatner Speaks.

“I’m not quite sure why Facebook released this app,” he said at the end of a review of the new app. “It seems to be ill conceived.”

Facebook’s newly-launched iOS Mentions App is only for “actors, athletes, musicians” and other public figures — aka “celebrities” — so Shatner is in the perfect position to give it the once-over.

Bill’s biggest problem with the app? The fact that to get started, you must first follow another celebrity:

“When you install the Mentions App you cannot proceed further until you follow another one of their other ‘celebrity’ accounts.  The first person on the list I was given was George Takei (rolling my eyes.)  I ended up choosing Robert Downey Jr. to follow and then I hid his posts (sorry Robert!)  I think that is a big flaw in the set up.  If this app is for celebrities then WHY force them to follow another celebrity in order to set up this app?  I think that is a flaw; I’m already following those who I want to follow — why insist I follow that short list of others?”

Shatner then gives the app a lengthy review, and the conclusion is that even though it leaves him somewhat unimpressed, he plans to keep using Mentions anyway, along with Pages and the main Facebook app.

Still, we all know that Bill considers himself to be just one of us Common People …