Star Trek creator Gene Roddenberry was a visionary man. He foresaw a future in which humanity had learned to live together in peace and harmony. A future in which the people of Earth had joined forces with alien races to head out into the universe on a mission of peace and exploration. 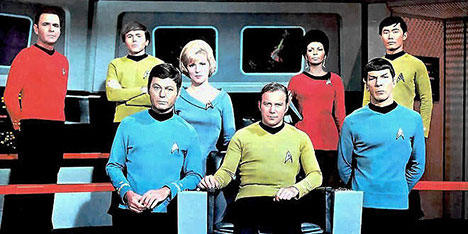 Sadly, Rodenberry’s utopian vision has not become a reality … yet.

But a lot of the technology that was featured in Star Trek has become a part of our everyday lives.

Not all of the wonderful gadgets that Starfleet uses on its vessels have come to pass. Two devices that we would all love to see – the transporter and the replicator – are still a way off. But recent news stories have pointed out that both these very useful bits of kit are not beyond the realm of possibility.

While a working transporter is still a long, long way off, The Independent recently reported that scientists have set a new record in sending information through thin air using the technology of quantum teleportation.

And Pocket-lint ran a story saying that Star Trek’s replicator could arrive in the next year or so if a theorised photon collider turns light into matter.

So those two are still in the realm of science fiction … now here are a few Star Trek devices that have become fact. 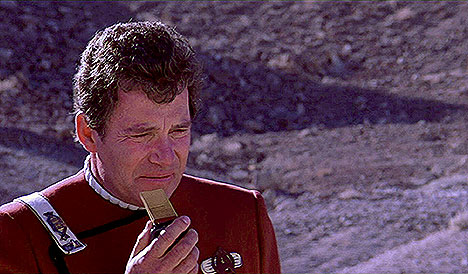 The Communicator
Well, mobile phones, actually. To be exact, the flip phone – the first of which, the Motorola StarTAC, was released all the way back in 1996. These days the flip phone has all but been replaced by the flatscreen smartphone, but there are still a few people around who like to “play Kirk” with their commincator-like clamshell phone. 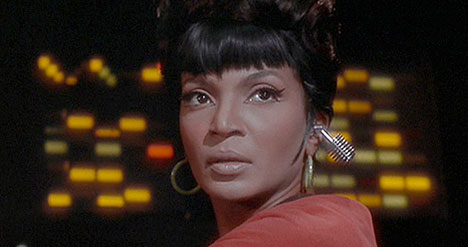 Bluetooth
The Original Series of Star Trek (which ran in the US from 1966-68) saw communications officer Lt Uhura use a rather clunky wireless earpiece to chat with the bosses back at Starfleet HQ. The modern Bluetooth devices are much mroe comfortable, but probably don’t have the same sort of range… 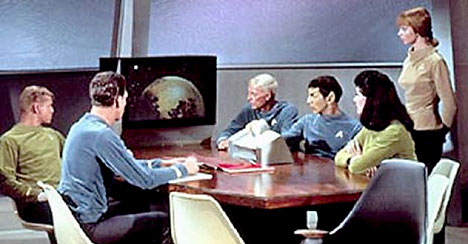 Nobody was sad to see those heavy, cumbersome cathode ray tube TV sets that most of us grew up with replaced by smart TVs.

But even the Star Trek of the 1960s had flatscreen TVs. So why did it take so long for the rest of us to get them? 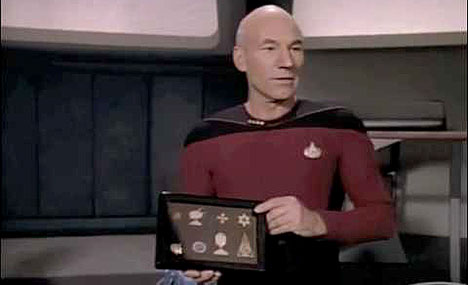 Tablet computers
The Kirk-era Star Trek did have tablets, but they were a bit on the chunky side. It was in the 1980s revival Star Trek: The Next Generation – starring the wonderful Patrick Stewart as Captain Jean-Luc Picard – that we first saw saw the iPad-like tablet that we all know and love today. 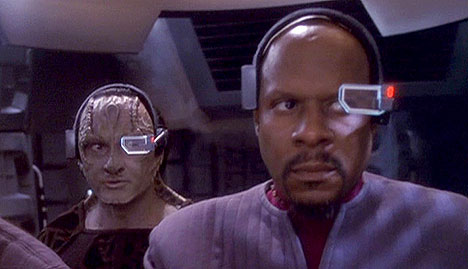 Google Glass
Yeah, sorry Google, but your idea is not all that original. This virtual display device was first seen in use during the war against the Dominion on Star Trek: Deep Space 9. 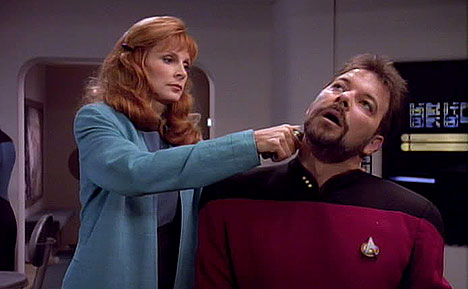 Hypospray
A perfect device for needle-phobes, the hypospray was developed on the 1960s TV show out of necessity – network censors would not let them show hypodermic syringes (they probably thought it would encourage drug use). Today, jet injectors use a gas-powered cartridge to fire inoculations through the skin. 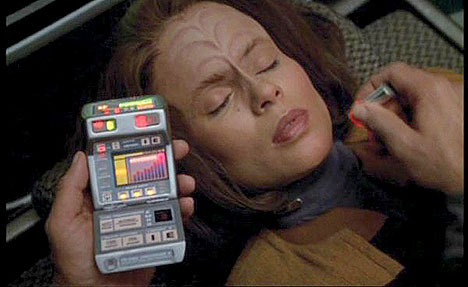 Medical tricorder
The medical tricorder has been seen in all the different Star Trek series. It changed size and shape through the years, but always did basically the same thing – tell Dr McCoy (or Crusher, or Bashir, or Flox) exactly what was going on inside their patient. Now there are many devices that can perform a similar operation – such as the Scanadu SCOUT.

What will be the next Star Trek prediction to come true? The Holodeck? The Warp Drive? The Phase Pistol? Let us have your thoughts and predictions in the comments below.