They are words that all of us have been using for some time now, but now they have been officially recognised as a part of the language. 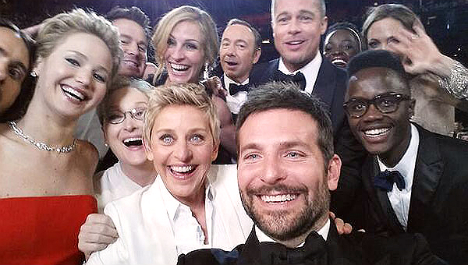 CNET reports that hashtag, selfie and tweep are just three of the latest words recently added to Merriam-Webster’s Collegiate Dictionary. It says that the new words have already popped up in the online edition and will join the print version as well.

Crowdfunding, gamification, big data and steampunk join the dictionary as well. But there is no sign of YOLO getting a berth. Yet.

The company said that the additions to the US dictionary reflect the growing influence of technology and social networking.

“So many of these new words show the impact of online connectivity to our lives and livelihoods,” Peter Sokolowski, editor-at-large for Merriam-Webster, said in a statement.

“Tweep, selfie, and hashtag refer to the ways we communicate and share as individuals. Words like crowdfunding, gamification, and big data show that the Internet has changed business in profound ways.”

Meanwhile, Mashable reports that the embrace of technology as a shaper of modern language has not gone unnoticed at the Collins English Dictionary, either. The company announced Twictionary on Monday, a tool to comb Twitter for new words.