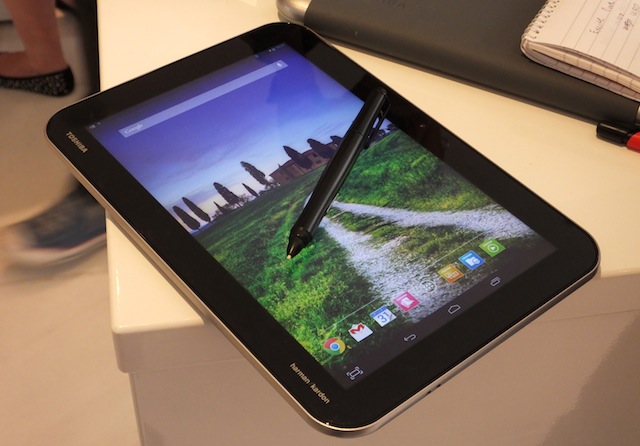 As well as a range of laptops and an all-in-one PC, Toshiba took today to refresh their tablet line-up, bringing their Excite range to the UK for the first time. Though the company has had a chequered history in the tablet space, they seem to be on the right track with their new top-end models, the Excite Pro and Excite Write. Each packs in a high-resolution display, while the Excite Write with stylus support targets the market cornered by Samsung’s Galaxy Note range, being particularly similar to Samsung’s Galaxy Note 10.1. 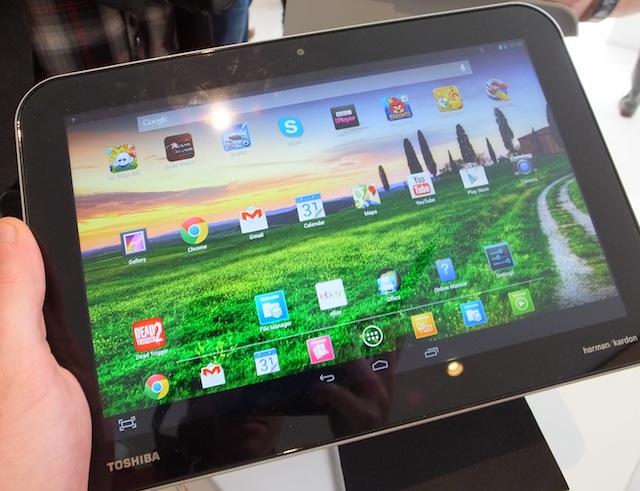 Measuring 10.1 inches in size and running Android Jelly Bean 4.2, both the Excite Write and Excite Pro are essentially the same tablet, powered by Nvidia Tegra 4 quad-core processors and employing a very attractive 2560×1600 resolution display. 8MP rear camera’s feature on both too.

Where they differ however is in the Excite Write’s support of stylus input and handwriting recognition. Adding a digitising layer to the screen and coming complete with a stylus pen that (thankfully) feels very comfortable due to it closely resembling a standard ink ballpoint, you can scribble notes and sketches on the display. Toshiba’s pre-loaded TruNote application (though worringly unstable and prone to crashing during our short hand-on time with a pre-release model) seemed particularly promising, accurately turning our spider like scrawl into typed text and allowing us to search the web with handwritten notes of export them to the tablet’s mail app. Input was recognised with only a split-second delay, making writing at speed reasonably comfortable on the tablet. 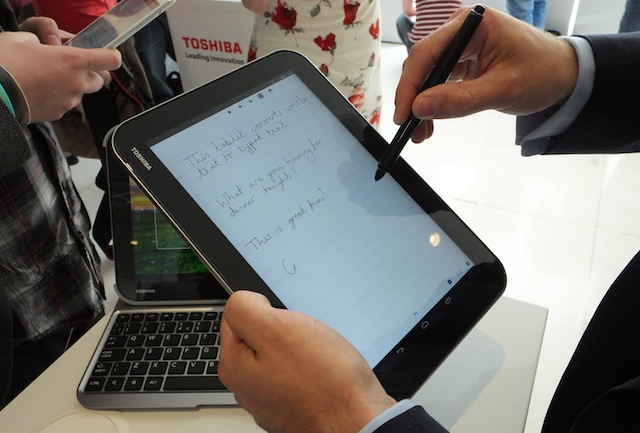 However, with both tablets sharing the same 260mm x 179mm x 10.5mm casing, there’s no slot to tuck that digital pen safely away into, so you’ll have to be careful not to lose it. Likewise, the overall design lacks inspiration, weighing a considerable 632g and featuring a thick black border around its edge. A nicely textured chrome-look back panel does make the tablet comfortable to grip though. 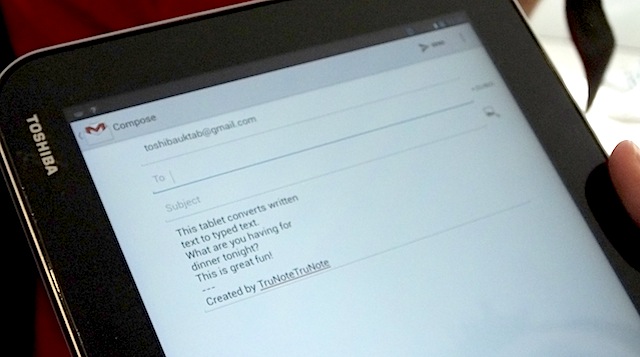 Set to be exclusives to PC World and Currys a little later this summer, the Excite Pro will command prices starting at £349, while the Excite Write will start at £499 (the higher price seemingly justified by pen input). That’s a fairly premium price, but it’s also a relatively premium spec sheet. That screen in particular is gorgeous, making the Excite Pro a slightly pricer alternative to Google’s Nexus 10. 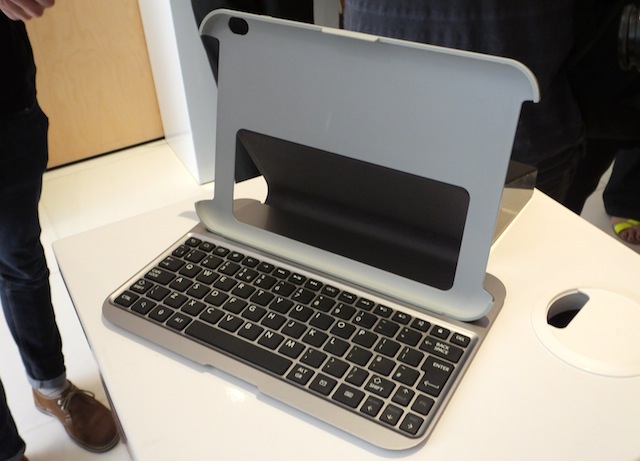 A sturdy, optional keyboard case will also be available for the pair, though pricing hasn’t been announced yet.

We’ll have more hands-on first looks at Toshiba’s latest gear throughout the day, so keep checking back for more details.