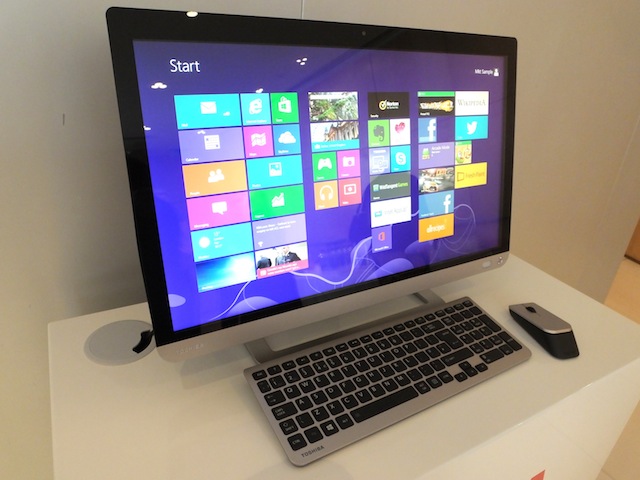 Toshiba have today unwrapped their 2013 laptop, tablet and PC lines at a preview event in London, and Tech Digest went hands-on with a number of forthcoming products from Tosh. First up, the Qosmio PX30t 23-inch touchscreen all-in-one PC, set to challenge Apple’s iMac for self-contained desktop dominance. 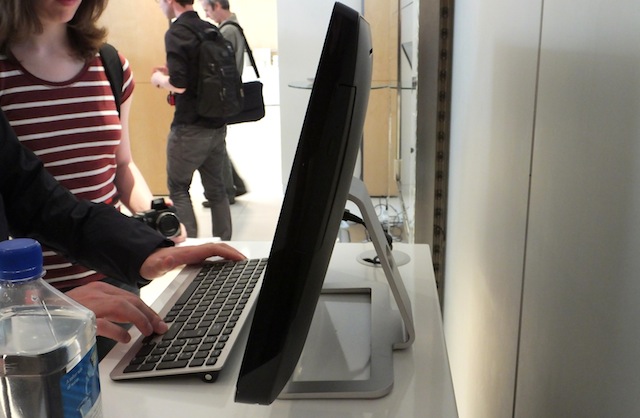 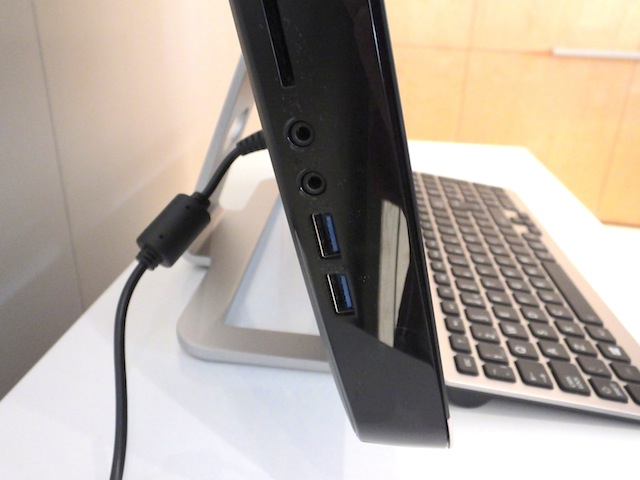 As well as offering as much as 3TB of storage space, the Qosmio PX30t also boasts a side-mounted Blu-ray drive, 2x USB 2.0 ports, 4x USB 3.0 ports, wireless connectivity (including Intel WiDi and Miracast) and HDMI input. That HDMI port can be used to carry 4K content to an external compatible display, while the Qosmio PX30t display itself can also double up as a standalone monitor.

All is housed within a reasonably compact black plastic chassis with chrome trim, sitting on an attractive aluminium stand. Each will also come with a wireless mouse and keyboard, the mouse having an angular yet comfortable design. HarmonKardon supply the audio tech, with the screen housing built-in 20W stereo speakers, tuned with DTS Studio Sound.

Though our time with the Qosmio PX30t was limited, it felt a snappy and responsive AIO. Even over the din of a busy showroom the speakers seemed very capable, lining the machine up as (at the very least) a competent media player, while the screen itself reacted well to touch input and was richly colourful thanks to LED backlighting. It was fairly reflective, though again the bright lights of the showroom may not be the best place to judge it in this respect. 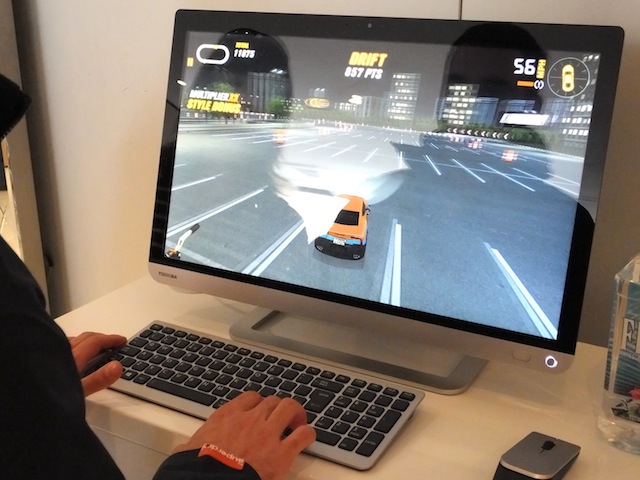 Love it or loathe it, jumping about the Windows “Modern” or “Metro” UI was snappy too, and though we couldn’t put the graphics chip through its paces with something a little more demanding like Crysis 3, the Qosmio PX30t handled racing title Drift Mania Championship 2 without a stutter, suggesting that some casual gaming wont tax the system, nor will some older 3D titles.

Available from Q3 2013, entry level configurations of the Qosmio PX30t will start at £799. We’ll have more from today’s Toshiba press conference a little later.